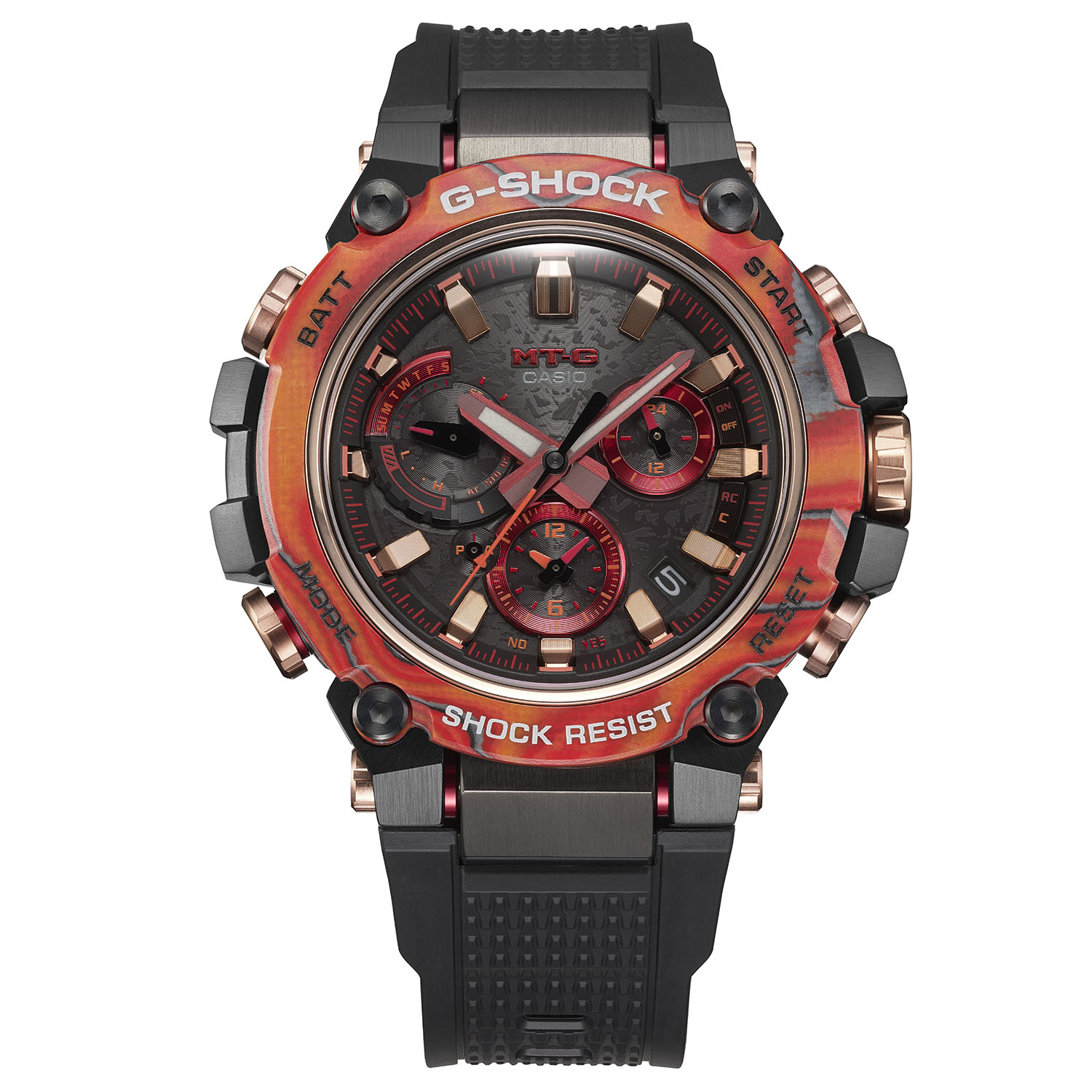 G-SHOCK, an internationally renowned brand, the timepiece that has been relentlessly pursuing toughness since 1983, is proud to announce the launch of two new limited-edition G-SHOCK 40th Anniversary models – Flare Red and Eric Haze collaboration watch, to commemorate four decades of telling time in the face of toughness.

They would be launched in 2023, the two models are the 40th Anniversary Flare Red and the G-SHOCK x Eric Haze timepiece. Both watches are meeting the world for the first time and distinctly original on their origins of design. One is inspired by powerful solar flares and the other, by the daring bravery of New York-based graffiti artist, designer and director Eric Haze, both are homages to the toughness of G-SHOCK and its ever-evolving creativity in design.

Based on the concept of a powerful solar flare, the MTG-B3000 and GWG-2000 are designed using new technology and dressed in G-SHOCK’s brand colours of red and black. The colour scheme draws from fieriness of the sun and its illuminating rays, applied to a multi-colour insert bezel created from the delicate process of stacking multiple layers of carbon and glass fibres.

Drawing further from the enormous explosive power of a solar flare, glass fibre sheets are embedded with phosphorescent particles that glow with an ethereal presence, even in the dark. The forged carbon bezel components of the GWG-2040FR are also moulded with phosphorescent particles, with the bezel of both models manufactured in such a way that each bezel is distinctively original. No two bezels are exactly the same.

Lightweight and highly durable, these models comes with a dial that are painted with a solar flare pattern, with the backs of their cases engraved with the 40th anniversary logo created by New York-based graffiti artist, designer and director Eric Haze. The band ring is also engraved with four stars representing the number 40, the anniversary year of a very special milestone for an equally special watch.

The MTG-B3000FR comes with a Smartphone Link that wireless links with a host of Bluetooth enabled devices. At the simple download of an app on your phone, you can access auto time adjustment, simple watch-setting, approximately 300 World Time cities and even activate a Phone Finder feature.

The logo commemorating the G-SHOCK 40th anniversary, designed by world-renowned graffiti artist Eric Haze, is engraved on the back of the case. These timepieces also feature four stars to signify “40,” an extra-special touch for the first wave of models to commemorate 40 years of G-SHOCK innovation.

New York-based graffiti artist, designer and director Eric Haze lends his creative touch to a brand new model, the GMW-B5000, that debuts as a full-metal version of the DW-5000C, the very first G-SHOCK model. True to his graffiti nature, the model is decorated with his own graffiti artwork using IP coating and laser processing.

The band of the GMW-B5000 is also stainless steel, given a black IP finish and then stippled with dot pattern laser engraving to create an original graphic pattern. The combination of large, medium and small dots creates shading and a distinctive graphic design across the entire band

The GMW-B5000 comes with a Smartphone Link that wireless links with a host of Bluetooth enabled devices. At the simple download of an app on your phone, you can access auto time adjustment, simple watch-setting, approximately 300 World Time cities and even activate a Phone Finder feature. It also comes with the complete technical specifications of the G-SHOCK seal of shock resistance. 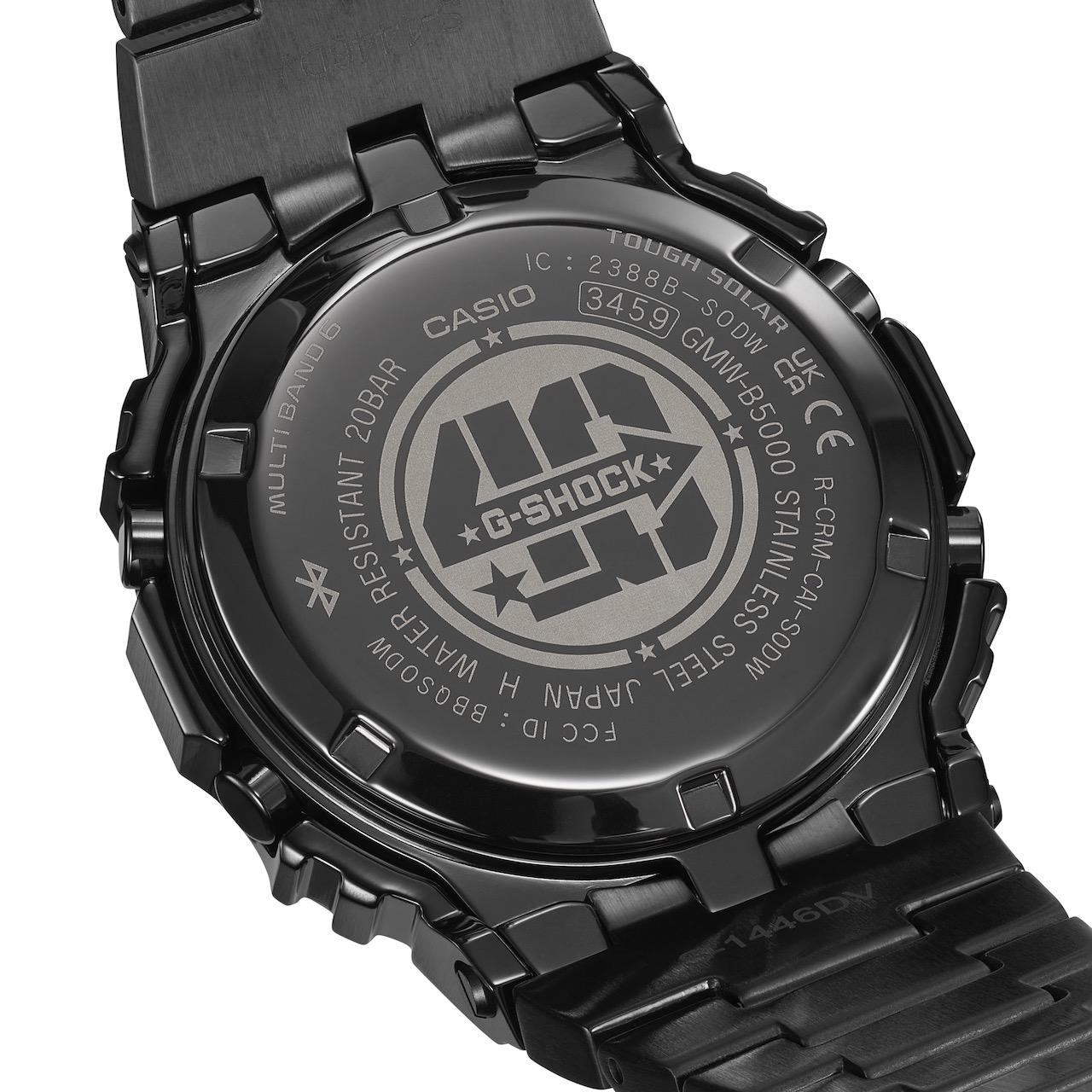 The 40th anniversary models will be exclusively pre-launched at https://gshock.casio.com/sg/ and at the new ION G-SHOCK flagship store in early November 2022.

It will be available at all G-SHOCK stores by end of November 2022.

*Store will be open in early November