6 months had passed in the year 2010, till date, this had been a turbulent year for me. Looking back at my half year flown by, deep inside my thoughts reflecting on my 1st 6 months in year 2010.

3 months out of action, having to undergo an operation, hospitalization and rehabilitation program, the 3 months there had been a break that I wanted to have but not in such circumstances arising. However, this 3 months period did give me a good time to reflect upon my life and how I wanted to carry on my life . It dawned upon me that I really needed a more balanced lifestyle from my workaholic lifestyle, although some people would say, I am not hardworking or productive enough.

Looking back at my other 3 months, it was kind of 1 month of holiday from the crossover of the New Year and the Chinese Lunar New holidays and the month of June, trying to adapt back into working life again after 3 months of in-action.

Realigning my goals and objectives for the year 2010, some were on track and the journey there had taken the 1st step off. Some of them were thrown off track and needs to realign back again. More obstacles were thrown in front of me, the bad wolf is calling me , bad and discouraging thoughts sometimes flooded my mind and I needed to make this a big great fight to bring out the good wolf and put the bad wolf away.

“Our greatest glory is not in never failing, but in rising every time we fail.”~ Confucius

Some critics were pretty harsh, I thank them for their feedback and it will only make me stronger if the criticism is helping me to become a better person and not those whose criticism is only for the sake of criticizing and personal without any foundation nor the heart to help.

Before you judge people, have you judged yourself first ?

The next 6 months of 2010 had already begun … Life is slowly coming back normal to me again, I had failed in different parts of my life, work, business, entrepreneurship etc etc …. I learned my mistakes and climbed back up again and again. Although we all might (and usually will) make mistakes and encounter failures down the road, we must make less mistakes and failures … and need not fear them.

– First and foremost, I would need to put in extra hard work on my advisory and consultancy business, enough said….

– Something great has spin off from my recent 2 months, for now, it would not be revealed in details to anybody. Another development was in my foray into social media networking over the past 1-2 years, it was an awesome experiential and enlightening journey, making many new friends and increasing networks of friends and business partners, thus leading and growing myself into a freelance social media consultant and blogging consultant.

– My photoblog had went through a revamp, new template courtesy of coach Jack and it breathes a new life into it, all it needs now is to add more travel flavours to be inside it ! My goals and objectives for my photoblog is on track for 2010 !!

With powerful wisdom words from Stephen Covey, I would like to encourage all of you ! Let’s all do it together ! Look forward to the next half of 2010 and take the 1st step to make it a lot better, more significant and impacting than the 1st half of 2010. 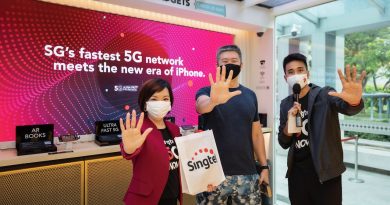