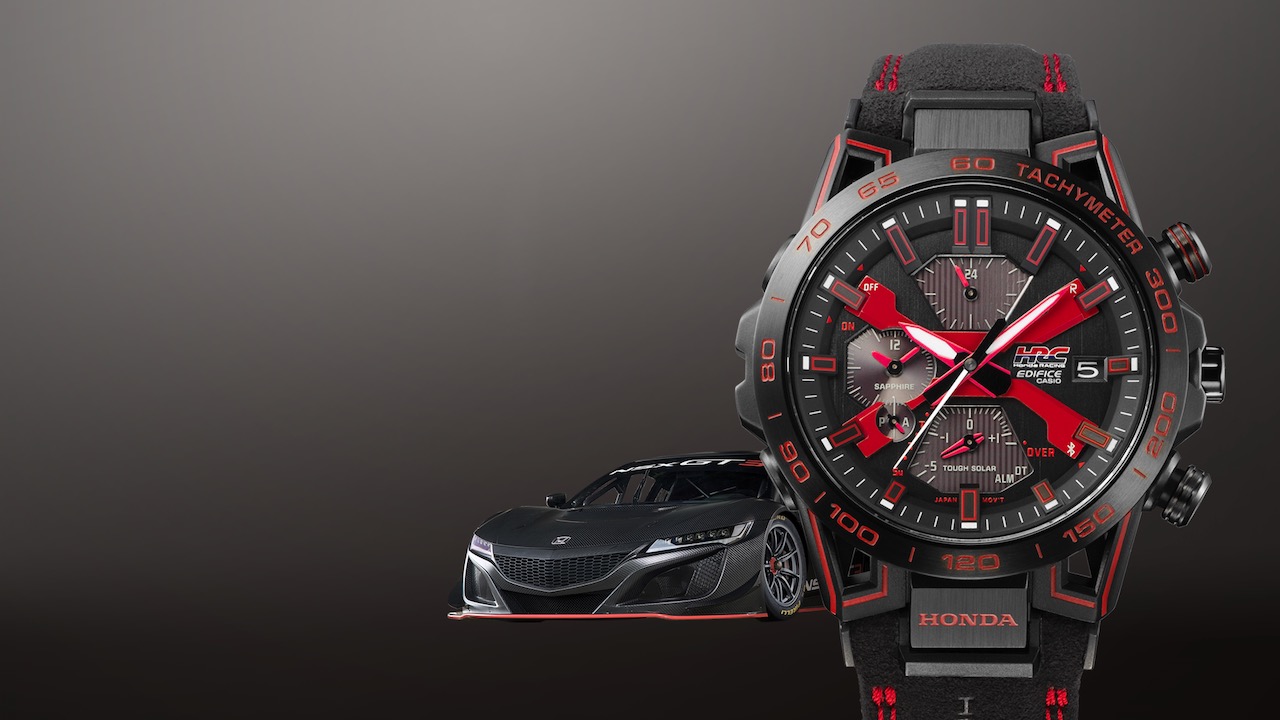 Motorsports and racing fans/enthusiasts, especially Honda Racing fans, take note! Casio, an internationally renowned watch brand, maybe known for its toughness, they are also a watch with a spirit of racing pulsing through its DNA. With a respect for speed and technological feats of racing, Casio is proud to introduce the Casio EDIFICE SOSPENSIONE Honda Racing Red Edition model in collaboration with Honda Racing to commemorate the 60th anniversary of the Suzuka Circuit.

Year 2022 marks the 60th anniversary since the construction of the Suzuka Circuit by Honda Motor Limited in 1962. This motorsport race track circuit is 5.807km long, located in Ino, Suzuka City, that was first designed as a Honda test track featuring an iconic figure of 8 layout with a 1.2km long back straight passing over the front section by means of an overpass. Suzuka Circuit is one of the only two FIA Grade 1 licensed track to have a figure of 8 layout, the other one being the Fiorano Circuit in Italy.

The Casio EDIFICE SOSPENSIONE Honda Racing Red Edition model is infused with Honda Racing’s spirit of racing in all aspects. The X-frame of the dial is painted with the same paint used in the Honda red badge, which symbolises the racing spirit of Honda and can only be seen on Honda racing cars such as the RA271 and the Type R commercial vehicles.

The HRC brand logo is featured prominently on the dial of the watch, while the Honda logo and the Honda Racing logo are engraved on to the case, band ring and back cover. The back cover is also dressed with the engraving of a logo celebrating the 60th Anniversary of the Suzuka Circuit. 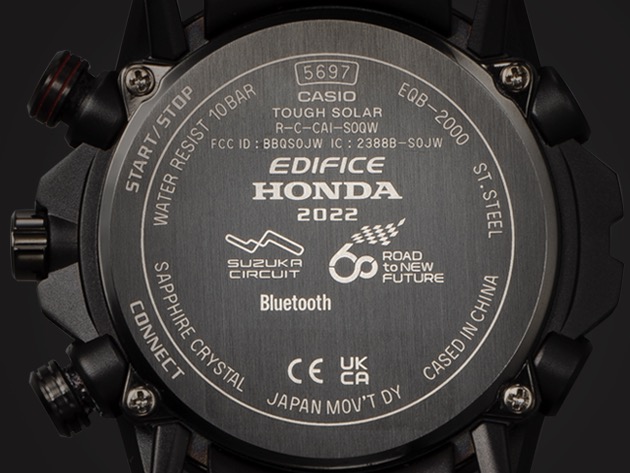 This Casio EDIFICE SOSPENSIONE Honda Racing Red Edition model is using the EQB-2000 as the base, which was inspired by the double-wishbone suspension used in racing cars, and features Honda NSX GT3 motif with red accents on a black background. The band of it is made from the material Alcantara, which a synthetic material known for its durability and comfort and used for the interior of Honda’s Type R cars.

The EQB-2000 also comes with a chronograph for precise timekeeping and is equipped with Bluetooth smartphone links that offers auto time adjustment, watch setting, approximately 300 World Time Cities, stopwatch time transfer, and an iPhone finder all accessible via an app on your mobile phone.

Wear the racing spirit of Honda Racing and the Suzuka Circuit on your wrist with the EDIFICE SOSPENSIONE Honda Racing Red Edition.

It will be available at EDIFICE retailers and https://gshock.casio.com/sg/ from 23rd November 2022.

* Information and pictures courtesy of Casio and Brand Cellar *