Casio recently announced the launch of 2 new designs to Singapore. One of the watches is an exclusive collaboration piece and the other watch is new model with a changeable strap. Introducing Royal Navy x G-SHOCK FROGMAN Limited Edition timepiece and new MTG-B2000 series with a replacement band.

G-SHOCK recently announced the Royal Navy x G-SHOCK Frogman, the latest timepiece from G-SHOCK’s partnership with the Ministry of Defense, in a deal brokered by IMG. 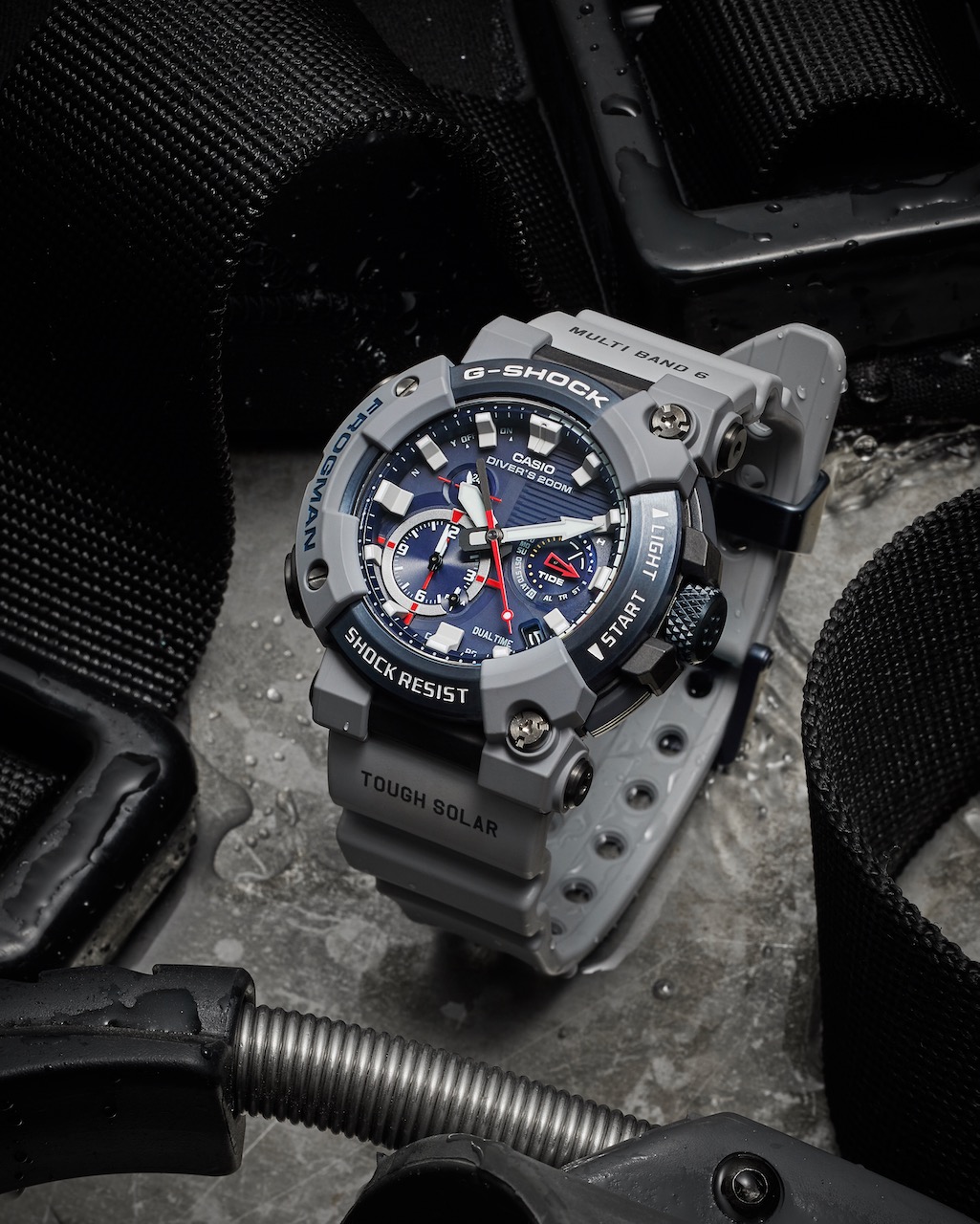 G-SHOCK is an unbreakable timepiece built from a “Never Give Up” philosophy that makes it perfectly equipped to support UK service personnel both on and off-duty around the world. G-SHOCK is already the watch of choice for many in the Armed Forces, and this limited-edition release further cements the partnership as an official licensee of the Ministry of Defense.

This Royal Navy x G-SHOCK FROGMAN watch is designed in conjunction with the Royal Navy, the watch has been built to accommodate the hostile environments faced by navy personnel, at sea and on land, using a Carbon Core Guard structure. Along with this structure, it’s combined with world-renowned G-SHOCK shock resistance and ISO 200M diving water resistance. The ISO certification reaffirms the timepiece’s suitability for use by professional divers.

The Carbon Core Guard structure is combined with a carbon monocoque case that is completed with a back cover engraved with a bespoke naval version of the G-SHOCK frog character. Carbon fibre resin is used for the case material, offering high strength and low absorbency. In addition, there are six screws that securely fasten the metal ring that is press fit to the glass. Enhanced water resistance is facilitated by the button shafts’ triple gasket fittings.

G-SHOCK has also announced the release of a new collection of MTG-B2000. This new model has a black ion-plated (IP) case, bezel and band. Red is used as the accent colour and this watch comes with a replacement red resin band. They have a double slide lever mechanism that enables you to replace the band easily by using the included tweezers. 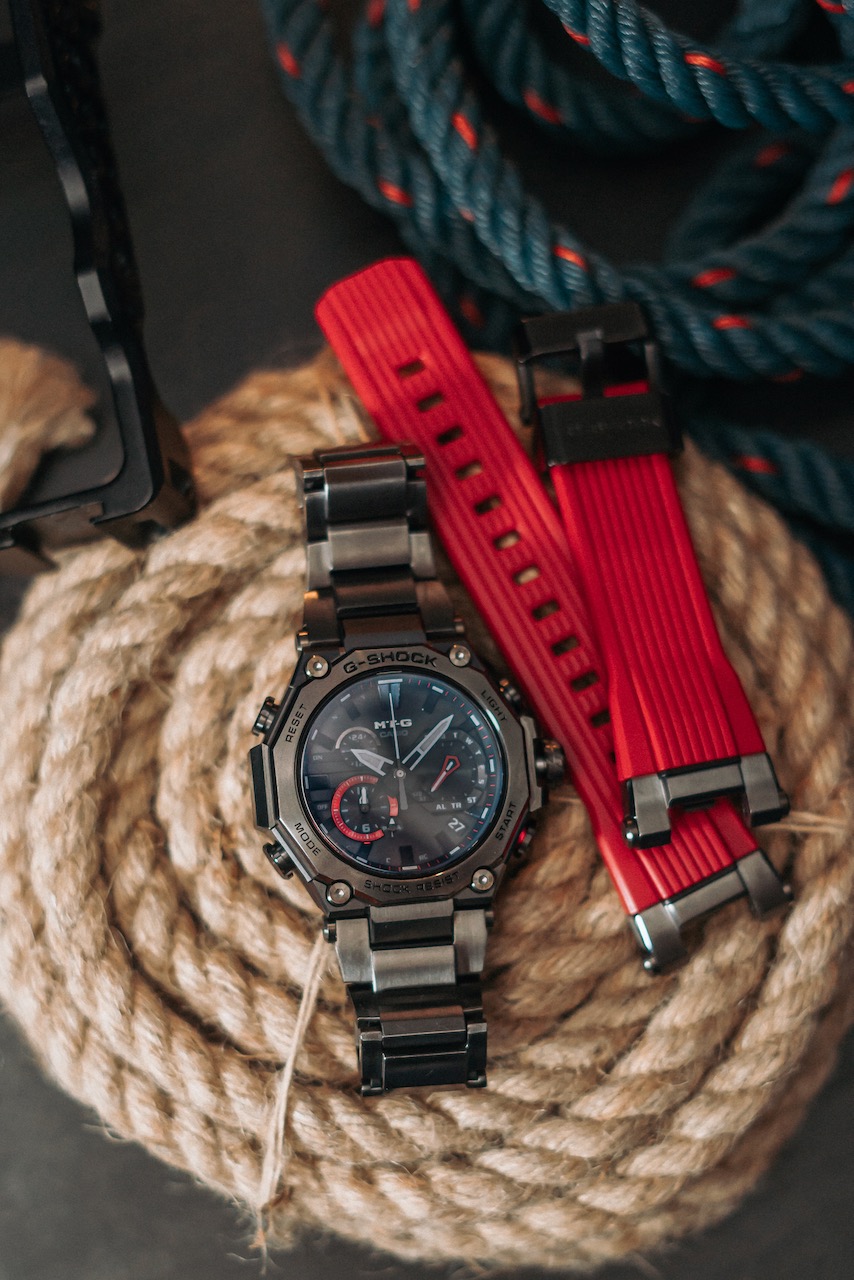 This new MTG-B2000 series watch can be connected to a mobile phone by Bluetooth® function. By using the mobile app, it is possible to obtain accurate time information from an internet-based time server for automatic time adjustment as you move between time zones. This app also allows you to do some settings easily. This watch automatically receives time calibration signal around the globe 6 times a day if it is within the range of signal. This enables you to adjust time without connecting to your mobile phone.

Moreover, this watch features high-brightness LED illumination which give you a clear view in a dark place, dual time, stopwatch. Stable operation is ensured by a CASIO original Tough Solar charging system.

This watch will be available at https://www.g-shock.sg/ and at G-SHOCK stores at a retail price of S$1,699.

* Information and pictures courtesy of Casio and Brand Cellar *

The End of an era of Singapore Food ?