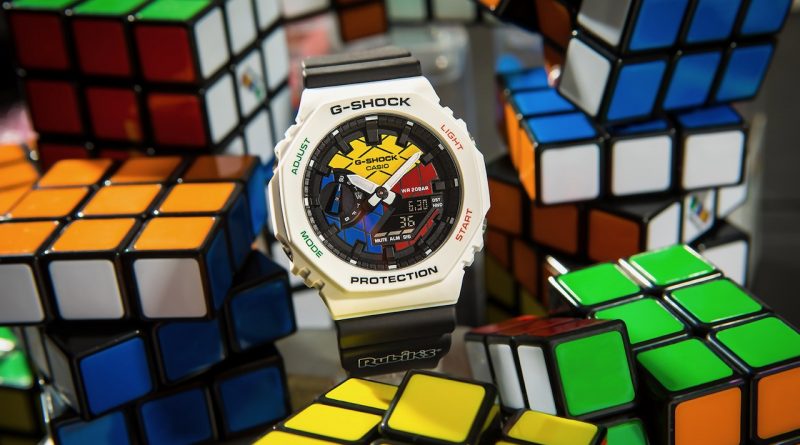 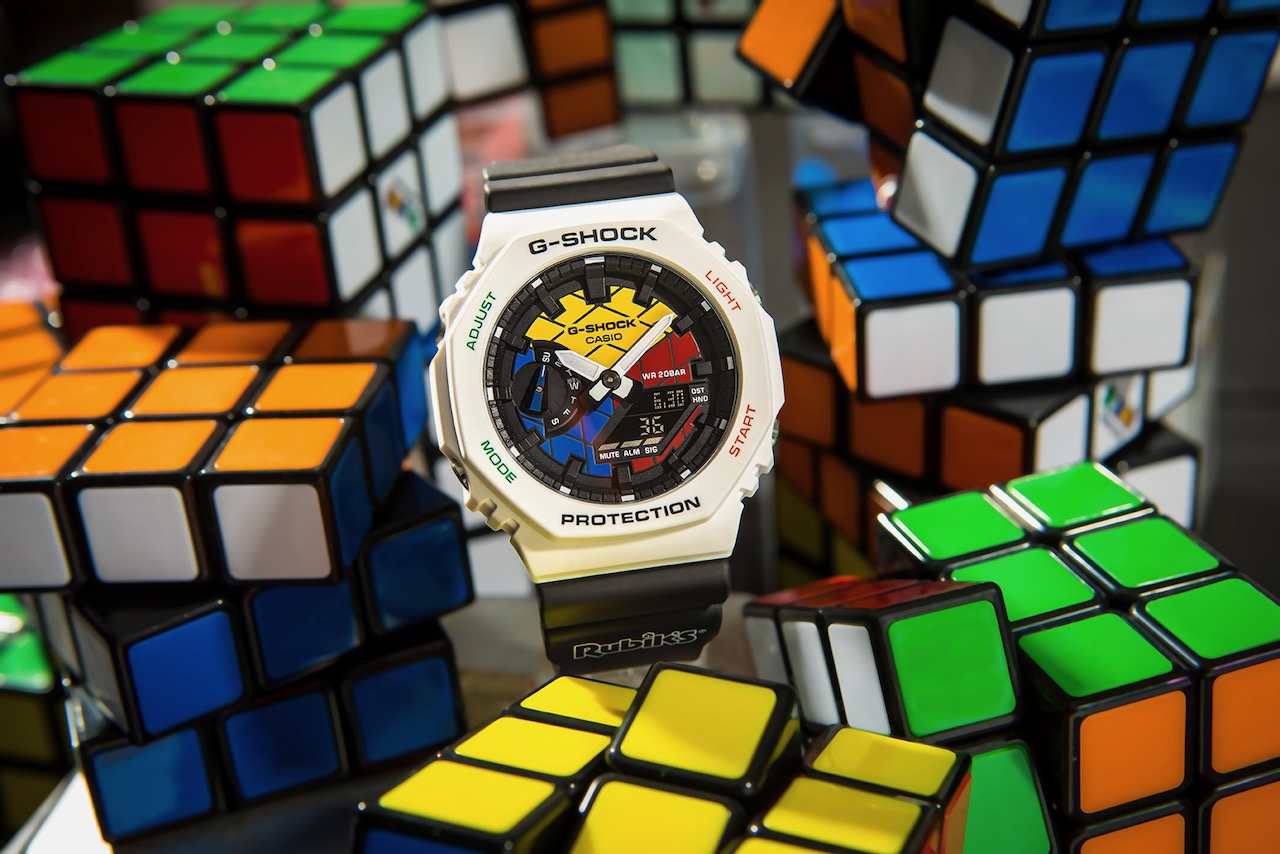 The GAE-2100RC-1A features the latest carbon core guard technology in a slimmer, more refined case that gives homage to the much-loved retro look with its unique octagonal bezel, framing an analog-digital display. Despite its deceptively compact design, this watch is as durable and tough as any G-SHOCK watch. The GAE-2100RC-1A is 200-meter water resistance and shock resistance.

The Rubik’s Cube® was invented in 1974 by Ern? Rubik, it has become one of the best-selling toys in history, with 450+ million cubes sold to date. Global icons such as Harry Styles, Ryan Gosling to Justin Bieber and Will Smith, favour the hugely popular puzzle. 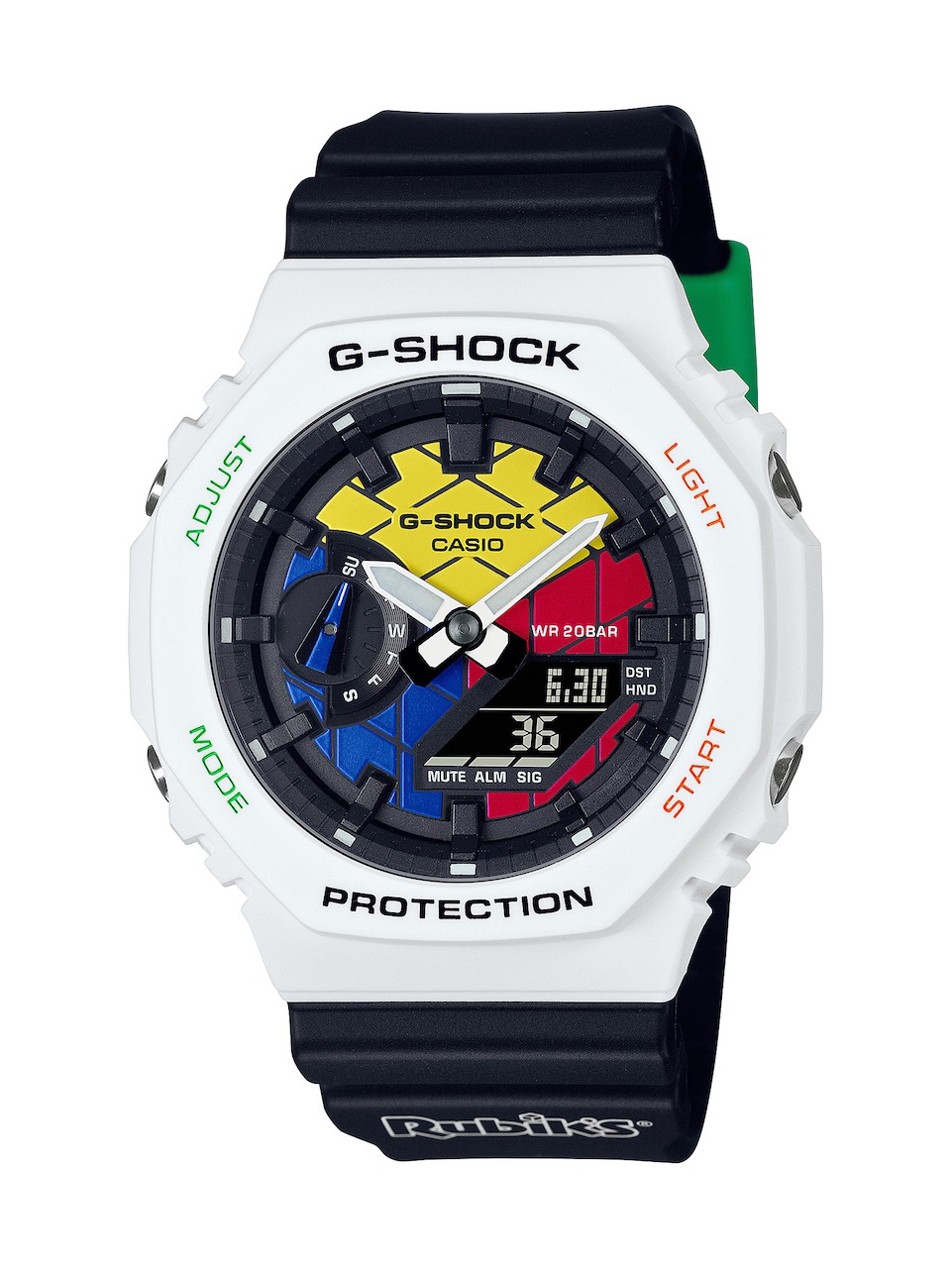 On this G-SHOCK x Rubik’s Cube Limited Edition Collaborative Timepiece, Casio commented, “There are a lot of synergies between G-SHOCK’s approach to building watches and Rubik’s iconic Cube. A tough eye-catching exterior with deeper complexities and a shared ‘Never Give Up’ philosophy make this a very natural partnership.”