The art and science of audio products and entertainment, along with the growth and expansion in technology, vastly changed the landscape and evolution of home audio till today. Do you remember the time when you were listening to music, what was its format and type of audio technology? From the invention of the Phonograph to the invention of CDs (remember when it was cool to design your own CD labels?) and the growth of digital music, the way we listen to music is constantly evolving with new products and technologies. The era when I grew up with cassette tapes followed by CDs, are not really seen around in the audio entertainment world.

To explore the evolution of audio consumption and celebrate the launch of the Logitech Bluetooth Speakers Z600, Logitech has produced an infographic showing the journey of the home audio system. It includes key dates, facts, and figures about the technology that helps us listen to our favourite music every day. For example:

Designed for the modern living room, the Logitech Bluetooth Speakers Z600 is made to go further than the tradition computer speaker system, providing room-filling sound despite their small footprint.

For more information about the Logitech Bluetooth Speakers Z600, do drop by their website and check them out!

* Information and Infographic Courtesy of Logitech Singapore and SPRG * 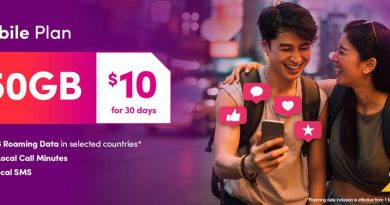