Logitech recently launched three new products on 31st August 2017 that would gain the attention of gaming enthusiast and esports professionals. They are the

They are the high performance wireless gaming devices highly desired by esports professionals and gaming enthusiasts that is now a reality for them with the new wireless gaming mouse and and launch of two new technologies.

Let me share with my readers more information on the new Logitech Wireless Gaming Mouse and Logitech POWERPLAY™ Wireless Charging System from the press release:

Trusted by gaming enthusiasts and esports professionals worldwide, LIGHTSPEED wireless technology can be the difference between winning it all or walking away with nothing. Featuring a one-millisecond report rate and end-to-end signal optimization, LIGHTSPEED delivers competition-level responsiveness at speeds faster than many competitive wired gaming mice. Decades of wireless engineering experience mean LIGHTSPEED has wireless signal strength up to 16x (12dB) higher than the competition and a unique Frequency Agility Mechanism that automatically avoids problematic interference, ensuring smooth and consistent performance.

LIGHTSPEED underpins both the POWERPLAY wireless charging system and G903 and G703 gaming mice, meaning these devices can pair directly with the POWERPLAY’s integrated LIGHTSPEED wireless receiver for optimal signal strength and the convenience of charging and data over a single USB cable.

POWERPLAY reinvents the possibilities of wireless charging. A departure from existing wireless charging standards, which require the charging device to sit idle in one specific area to charge, POWERPLAY was designed from the ground up to deliver uninterrupted charging over its mousing surface – even while the mouse is in play. The wireless charging system uses a groundbreaking application of electromagnetic resonance that creates an energy field above POWERPLAY’s 275 x 320mm surface to deliver wireless power without interfering with the precise tracking and data transmission of high-performance gaming mice. 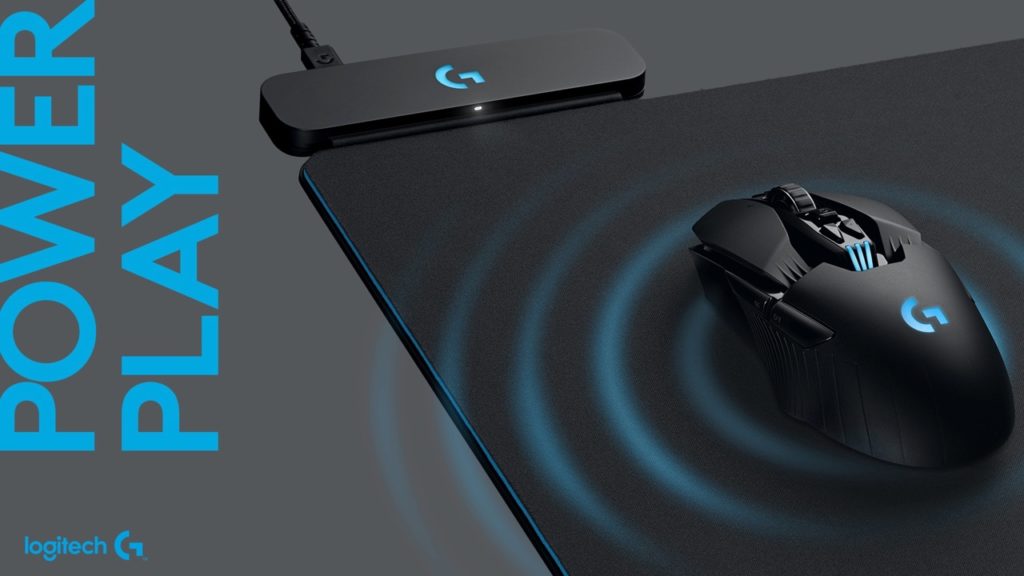 The POWERPLAY energy field is captured and transformed into charging current by the POWERCORE™ module, which attaches magnetically to compatible wireless gaming mice, including the Logitech G903 and G703.

The latest in Logitech G’s long history of high performance gaming mice, both the G903 and G703 deliver on the brand’s expectation of superior performance and unparalleled quality while also adding new LIGHTSPEED technology. Additional compatibility with the POWERPLAY Wireless Charging System provides untethered play, unlimited charging, and unmatched performance. Features of the G903 and G703 include: 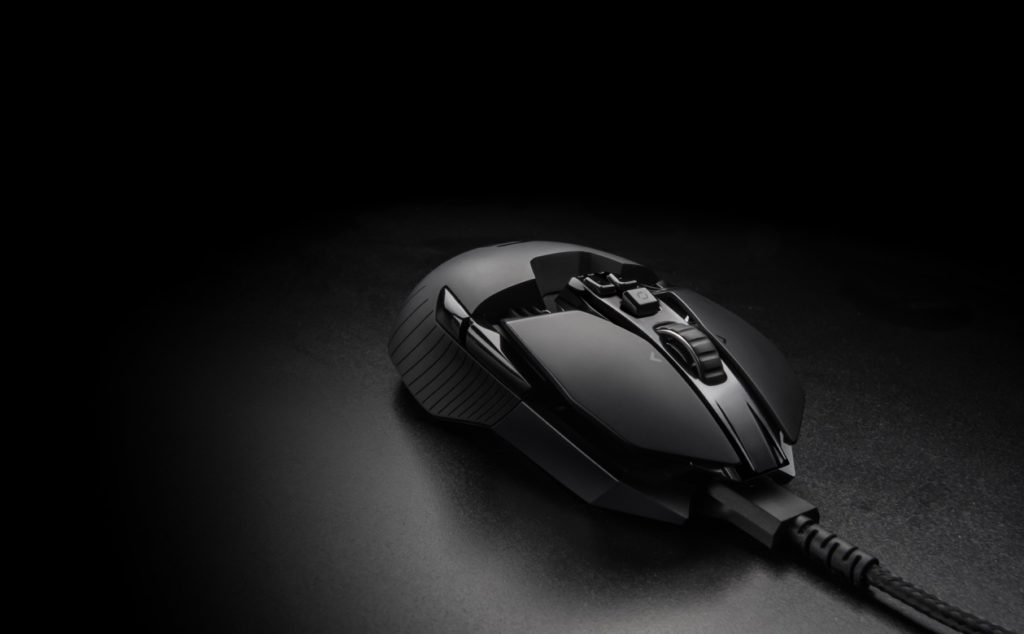 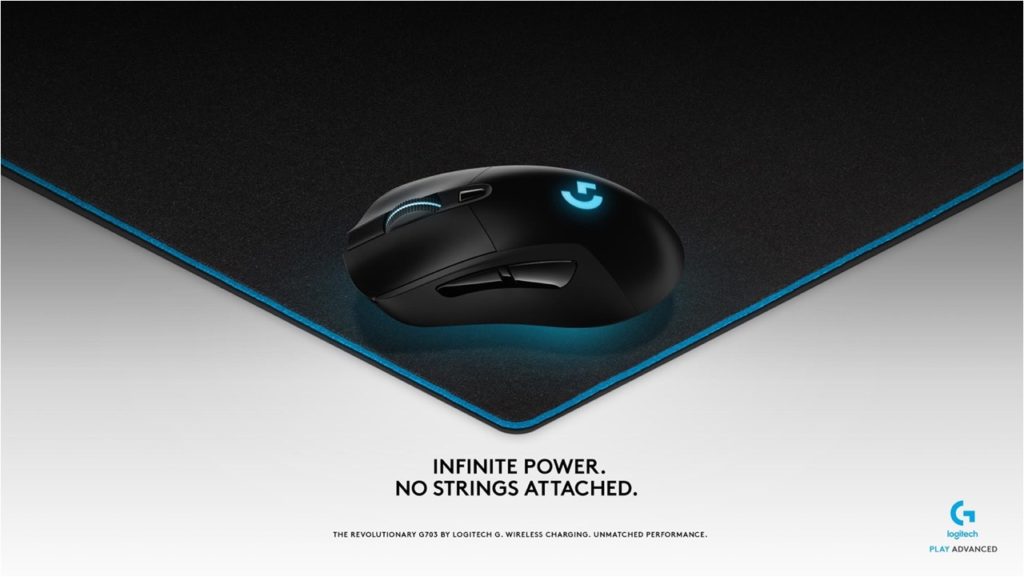 * Information and pictures courtesy of Logitech and SPRG *