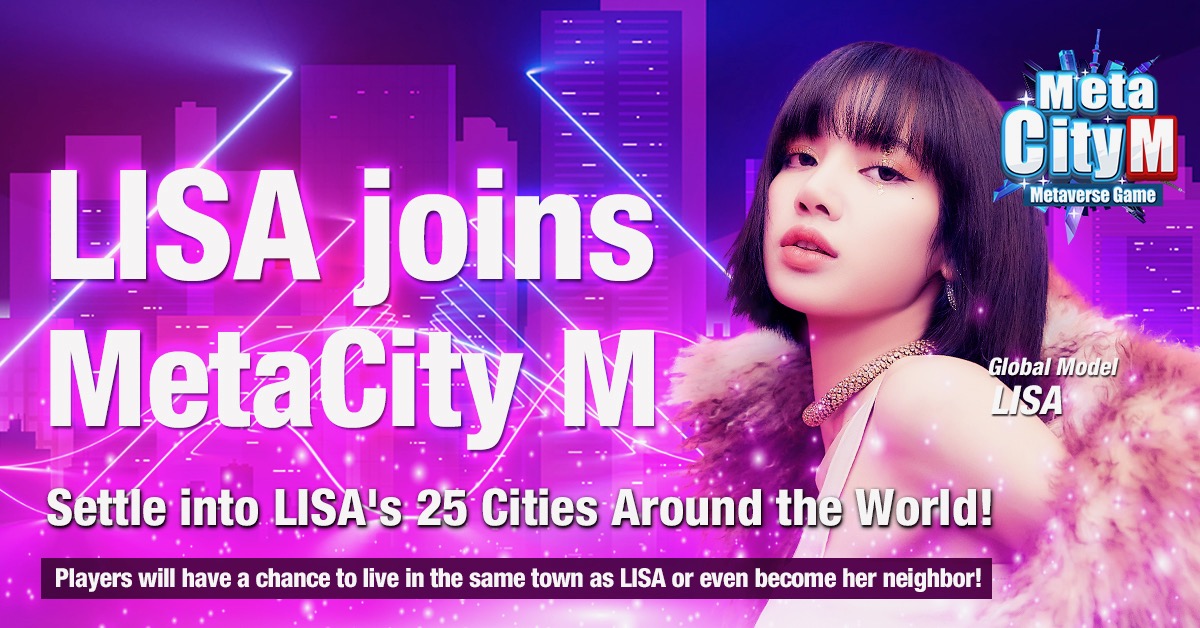 MetaCity M, the world’s first ever Metaverse mobile game developed by Gamamobi, officially announced LISA, a member of BLACKPINK, a K-Pop girl group who is world famous and massively popular across the entire world, will join MetaCity M as a global model under YG Entertainment.

This news of LISA becoming MetaCity M’s global model has taken the industry by storm. LISA is well known for her cute and lovable style off-stage, as well as her overwhelming dance performance, making her a perfect match for the wholesome style of the MetaCity M. This collaboration, therefore comes as a bombshell for fans worldwide, who are eagerly waiting to find out what surprises will come next in this exciting collaboration.

Where all dreams come true in the world’s first open-world Metaverse mobile game!

MetaCity M begun development in 2020, they precisely focuses on the concept of the “Open World Metaverse”. Each planet in MetaCity M features more than 1,600 small towns, 690 second-tier cities, and 55 first-tier cities. The world is a massive 510 million square kilometre, allowing players everywhere to play with friends and neighbours nearby, and drive, walk or even fly with people far away from all over the world.

Explore different countries every day and see the world in all 4 seasons, or you can take part in the simple joys of life such as watching the sunrise and sunset, or enjoying a mountain top view. You can take a spaceship to other planets and experience interplanetary exploration to visit players on alien planets. Use your life construction skill to develop your hometown with a global player base to create a truly unique town in the Metaverse. 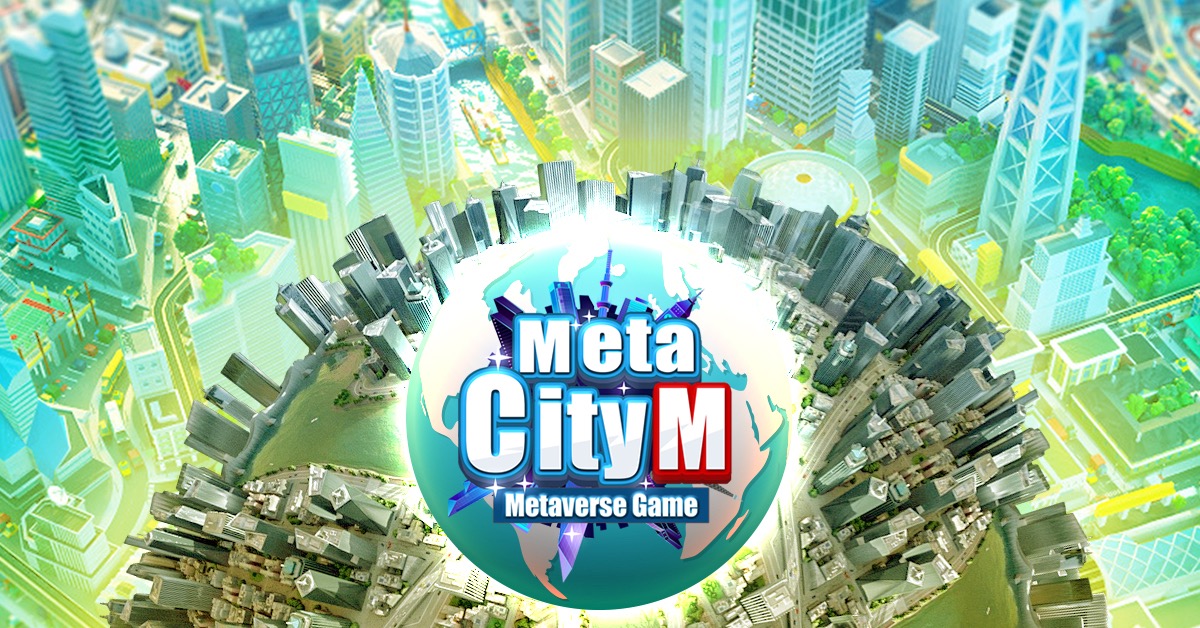 With LISA joining MetaCity M as a global model, fans are getting more excited with the anticipation on the release of MetaCity M more than ever before. To learn more about LISA, MetaCity M newest model, check out the links below and keep up to date with the latest news on MetaCity M.

* Information and pictures courtesy of Gamamobi and Ogilvy * 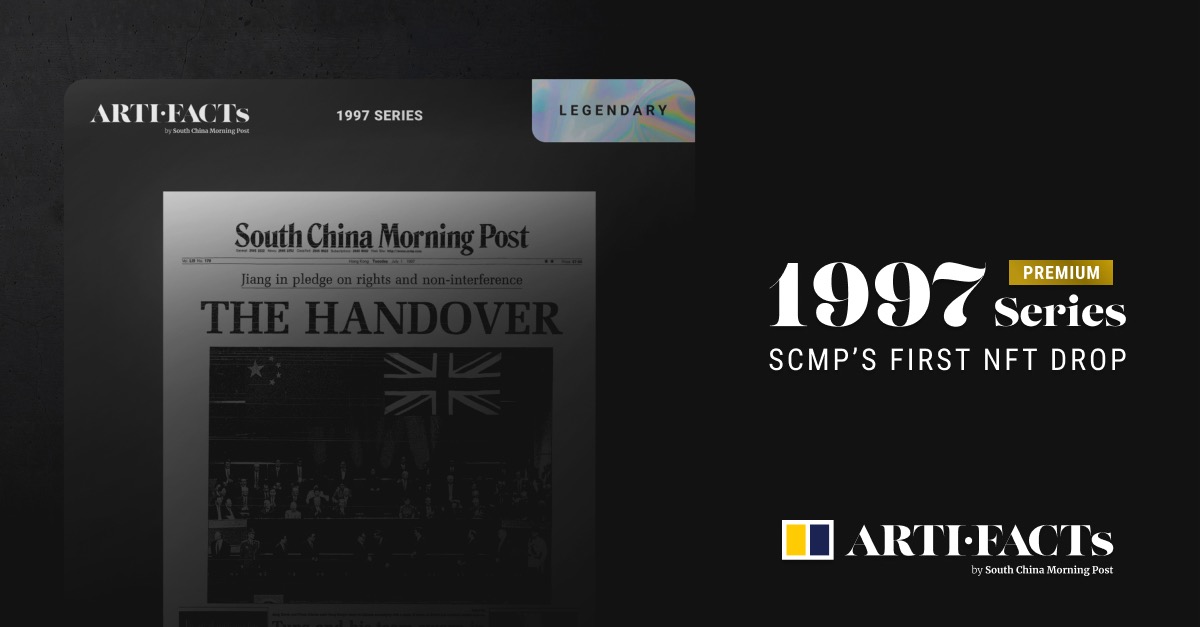 On 14th March 2022, South China Morning Post (SCMP) announced the launch of ARTIFACTs by SCMP “1997 Premium Series”, releasing its first-ever collection of NFTs from one of the most important years in Hong Kong’s history. If you are a Hongkonger, a history buff, a NFT collector or NFT enthusiast, ARTIFACTs by SCMP “1997 Premium Series” would be of great interest to you.

The exclusive drop from the inaugural “1997 Premium Series” offers Hongkongers, history buffs and NFT enthusiasts the opportunity to own a piece of history. The first drop will release more than 1,300 unique mystery boxes, with each box containing five random NFTs of the Post’s front pages from 1 January to 1 July 1997.

An upcoming second drop will release a further 1,300 boxes covering 1 July to 31 December 1997. The full series covers many historically significant events including the handover of Hong Kong from British to Chinese rule, the Asian financial crisis, the deaths of Deng Xiaoping and Princess Diana, the Avian flu outbreak, and much more.

“SCMP has witnessed many historic moments as Hong Kong’s newspaper of record and the launch of the ‘1997 Premium Series’ is significant as the city marks the 25th anniversary of the handover this year,” said SCMP CEO Gary Liu. “ARTIFACTs by SCMP brings together collectors and history enthusiasts, and we’ve been delighted by the growth and enthusiasm of our community in the lead-up to the launch. We look forward to releasing more of the Post’s 118-year-old media archives as NFTs as well as partnering with other guardians of history to preserve historical assets on the blockchain.”

Hsuan Lee, CEO of portto said: “Blocto has a lot of experience in the deep blockchain having cooperated with large enterprises, from Vault by CNN, MotoGP Ignition and the South China Morning Post. We have been continuously focusing on co-creating an easy-to-use experience that is intuitive to both users and the companies we work with.”

ARTIFACTs by SCMP is the first NFT collection released using the ARTIFACT metadata standard, serving as the foundation upon which history can be discovered, connected, and collected on the blockchain. The project aims to seed a community of collectors and eventually produce an ecosystem around the preservation of historical accounts and assets. Through collection challenges, thematic drops, and community-building events, collectors and guardians of history can interact with authentic archival records and form a community dedicated to exploring our shared heritage.

The rarity of NFTs in the collection is determined by the limited number of editions available, with the front-page ‘Handover cover’ from 1 July 1997 being the rarest in the series. “ARTIFACTs by SCMP” will be on the Flow blockchain and the public sale of the mystery boxes kicks off on 14th March at 9pm HKT (GMT+8) on artifact.scmp.com. 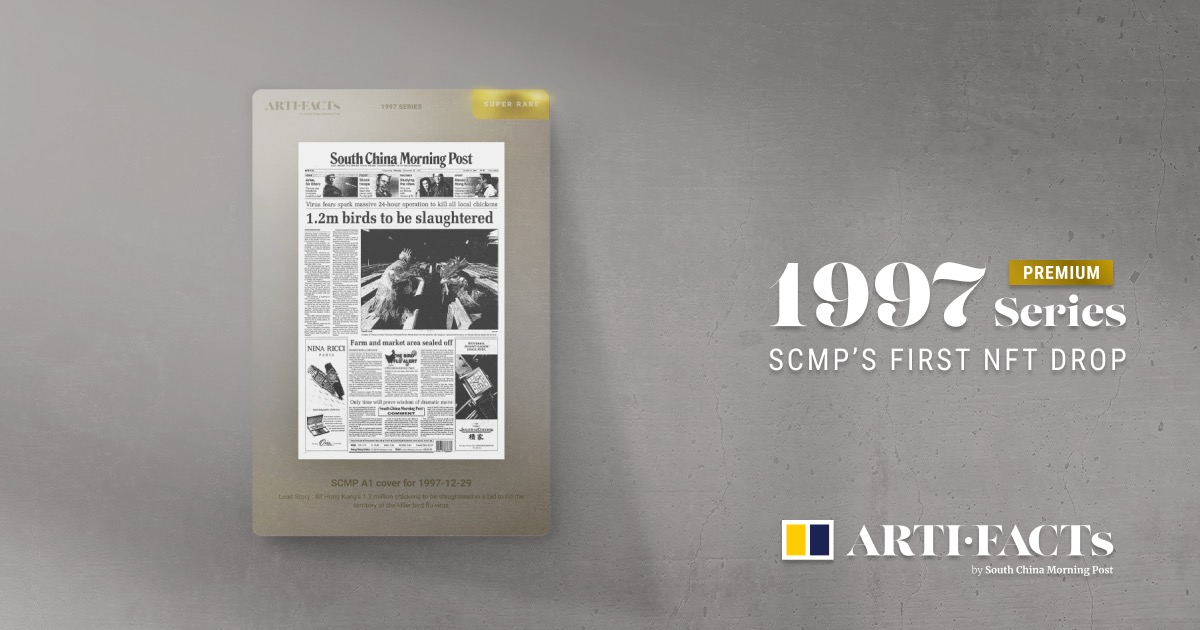 Sold Out in 2 Hours!

“We are delighted with the response to our first NFT launch, which illustrates the enthusiasm for preserving history on the blockchain. It is an encouraging start and we will build on this momentum around historical NFTs to grow and serve a global community of collectors,” said SCMP CEO Gary Liu.

If you are still keen on this “1997 Premium Series”, there is an upcoming second drop will release a further 1,300 boxes covering 1 July to 31 December 1997 – more details will be announced soon.

For more information, please visit artifact.scmp.com and join the discord channel at https://discord.com/invite/PwbEbFbQZX. 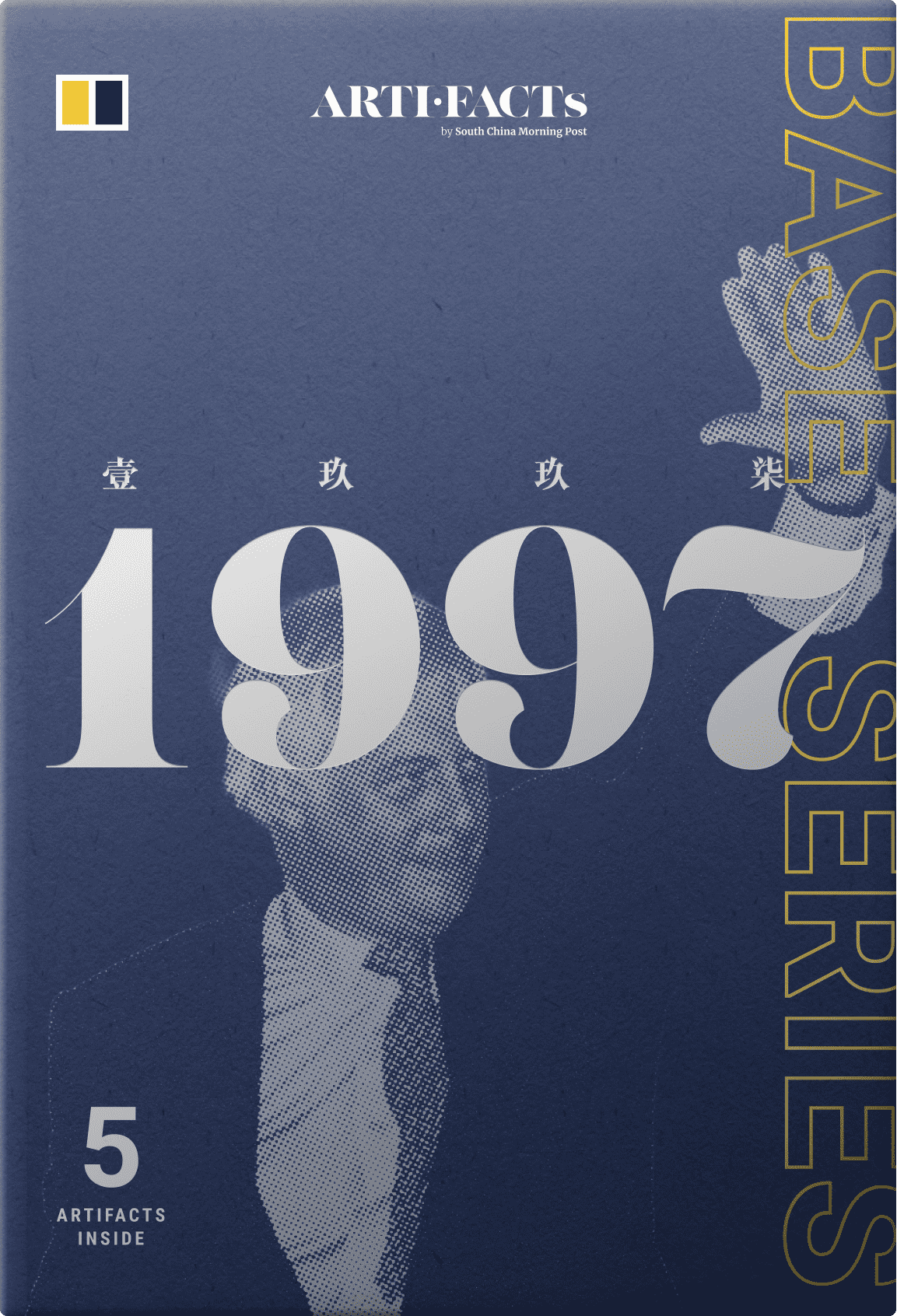 ARTIFACT’s metadata structure will be built on the Flow blockchain originally created by Dapper Labs, they are the company behind NBA Top Shot video collectibles and the partner of choice for world-renowned digital collectibles and consumer-facing decentralised applications. The Flow blockchain is known for their reliability, scalability, speed and high quality UX that are essential factors for establishing ARTIFACT’s global NFT marketplace and eco-system.

SCMP’s white paper gives readers a preview into the visual design and rarity levels of the new NFT collection “ARTIFACTs by SCMP” that will feature the first use case of the ARTIFACT standard. Their launch concept will come in the form of “Base Series” and “Thematic Drops“, released in boxes. This will include the inaugural “1997 Series” that showcases significant historical events from that year, containing a randomised bundle of ARTIFACTs presented by collectible cards.

“We are delighted to join the Flow ecosystem and partner with a major global blockchain innovator in Dapper Labs. This partnership is essential for creating world-class NFT experiences of our historical archives. Through our ARTIFACT whitepaper, we look forward to inspiring other ‘guardians of history’ to share our vision of making history more discoverable, connected, and collectable,” said Gary Liu, SCMP’s CEO.

“SCMP’s innovative approach to transform its ledgers of historical journalism with blockchain technology has all the markings of being a game-changer. We’re proud for SCMP to launch this visionary project that reanimates meaningful historical moments and we’re excited they have chosen Flow to be the foundation of ARTIFACT’s launch protocol,” said Mickey Maher, SVP, Partnerships, Dapper Labs.

The ARTIFACT whitepaper has a comprehensive outline on the proposed governance structure and the development of a dedicated NFT marketplace. There is a global council of experts from various cross-disciplines that will help to co-develop ARTIFACT’s metadata structure that instils NFTs with the comprehensive context and provenance needed to establish historical significance and value, this also helps to raise their discoverability, connectivity and collectibility.

This project will be governed by a non-profit foundation and solicit participation from museums, archives, universities, publishers, art galleries, and other institutions. A marketplace will be specifically developed for this purpose, from the minting, to the sale and trade of ARTIFACTs to serve the global community of historical NFT issuers and collectors.

For more information and details on ARTIFACT’s governance, NFT marketplace and technology can be read in the full whitepaper here. More details on the launch of the “ARTIFACTs by SCMP” will be announced soon.