Smartphones are now an integral part of our lives today, for both work and leisure. Apple iPhones make up a substantial number of users around the world and they faced cybersecurity threats to the Apple iPhones too. Sophos, a global leader in next-generation cybersecurity, recently published SophosLabs Report – 30 Fleeceware apps targeting iPhones.

As a smartphone user, do you tend to search for apps and download them into your smartphone, whether it’s for fun, for your hobbies or interests? I reckon smartphone users would do this often.

In this SophosLabs report, Don’t Let Fleeceware Sneak into Your iPhone, showing how Apple device users are being targeted by applications that overcharge users through costly subscriptions or unscrupulous in-app purchases. Sophos calls this kind of app “fleeceware” and researchers have found more than 30 iOS fleeceware apps available on Apple’s official App Store. Between them they appear to have been installed around 3.6 million times, according to publicly available data.

What could the fleeceware apps be?

The apps can be image editors, horoscope/fortune telling/palm reader, QR code/barcode scanner, and face filter apps, with some charging weekly subscriptions of $9.99 (or $520 a year).

Sophos first alerted mobile users to fleeceware in September 2019, when it found a number of such apps available for Android phones. In January 2020, the researchers published a further paper, Fleeceware Apps Persist on the Play Store, detailing the discovery of another 20 such applications, with nearly 600 million alleged installations between them, as reported by Google Play.

“The main purpose of the iOS fleeceware apps we found seems to be severely overcharging users,” said Jagadeesh Chandraiah, senior security researcher at SophosLabs and the report author. “As was the case with the Android apps discovered in 2019, the app developers take advantage of monetisation practices widely used by legitimate free apps, but take them one step further. For example, in the hands of the fleeceware app developers, short free trials followed by a monthly subscription soon add up to hundreds of dollars a year in charges, and in-app purchases turn out to be essential for good app functionality rather than optional enhancements or extras.

“Fleeceware apps are not officially malicious, but they are unethical, preying on consumer trust with devious techniques designed to make money. They appear to encourage unsuspecting users to install them through aggressive online advertising and what are likely to be fake five star reviews. Fortunately, there are some practical steps mobile users can take to better protect themselves against fleeceware. This includes knowing how to cancel an unwanted subscription and taking a close look at an app before installing it.”

In the wake of Covid-19 outbreak situation around the world, the whole world is facing an unprecedented time currently, facing many battles upfront for the economy and society. The number of people Working from home (WFH) at this juncture and in the future could be big, we must let our cybersecurity guard down when using your smartphone or Apple iPhone.

We might be guilty of downloading too many apps and even paying for some of the apps into our smartphones or Apple iPhones. Do be careful of those fleeceware apps!

For more information, do visit SophosLabs Uncut article and don’t let fleeceware sneak into your iPhone.

* Information and pictures courtesy of Sophos and Lewis * 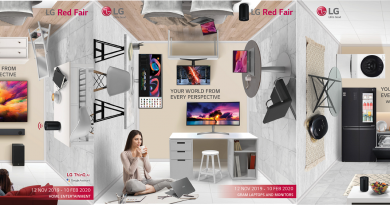