The highly anticipated Apple Tablet had been ongoing in the internet arena for quite a while, with many rumours, diagrams, views, wants etc floating around the forums, blogs & websites. Finally, the gadget came to light and it was officially launched, known to the world as the iPad.

Watching from the live presentation by Steve Jobs in the early morning wee hours Singapore time and looking through the features and tech specs on the Apple website, analysing it over a bit of time, I decided to pen down my thoughts on the Apple iPad. Many websites and forums would have already given out their views on the Apple iPad and my blog post would probably be the slower ones already. Some people have called the iPad the giant iPhone and it’s true to a certain extent.

Before going further, all the information of the iPad can be found here.

– Awesome for travel and leisure use

– For a photographer, this would be very useful and wonderful, upload photographs taken and it can be viewed nicely, doubles up as a digital photo frame too!

– Light & portable reader for news on the internet

– Not designed for business usage

Possible Future Additions that I dream of

– Run on Mac OS X instead of iPhone OS ?

Hopefully, one day, I would be able to grab hold of the 1st Generation iPad and give it a try for a few days. As much as I really like the specs and design, I am sure Apple can improve a lot on the iPad design, features and specs and I am very likely to hold back and wait for 2nd Generation iPad, however, if I get the iPad as a gift, I would be more than happy !

Why I would buy the iPad NOW

The iPad would become my leisure, travel and photography tablet. From that 3 perspective, this current iPad is great. Being a slim and light weight tablet, travel on the road with e-books, iTunes, photos, internet surfing with 3G data & WI-FI is not a hassle anymore.

Why I wouldn’t buy the iPad NOW

For a business user, I feel a netbook or notebook might be a stronger proposition than the current iPad. A Windows 7 powered tablet is a strong opponent (in my humble opinion). Besides, would love the additional features to be implemented inside the 2nd Generation iPad too.

Being a 1st Generation gadget, I strongly believe it will only get better, the question is “Do you want to get it now ?” or “Would you and are you able to wait for the next generation iPad ?” 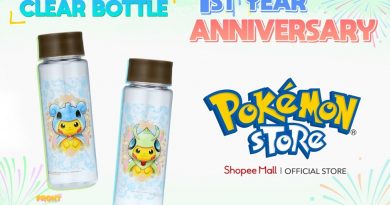