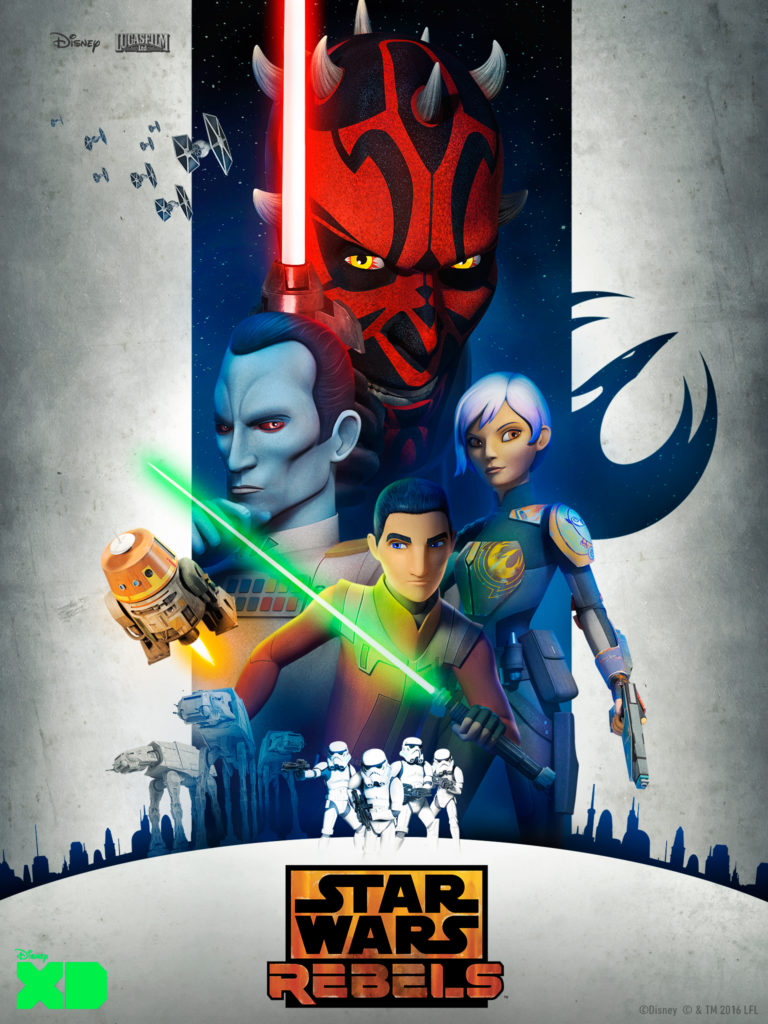 Star Wars Rebels will also launch on 15th October, 8am on Disney XD (StarHub TV Ch 310/ Singtel TV Ch 232), and thereafter every Saturday and Sunday at 8.30am. The regular time slot for Disney Channel is every Saturday at 12pm.

Having established a secret base on Atollon, the Ghost crew, now led by a more powerful Ezra, strengthens the rebel fleet by acquiring new resources and recruits eager to stand against the Empire. However, the Imperial efforts to eliminate the rebellion are now being led by the coldly analytical Grand Admiral Thrawn, whose strategic, tactical and cultural insights make him a threat unlike any they have faced before. In season three, Ezra and Sabine take on new roles and challenges as the rebels prepare for their biggest mission yet – a direct assault on the Empire.

May The Force Be With You to all fellow Star Wars fans!