Simpsons fans in Singapore alert! The Simpsons will be in town on 26th July! Catch Homer and Bart Simpson at Causeway Point SingTel Shop on 26th July at 12pm, 3pm and 6pm! You can mingle and snap a photo with the life-sized cartoon characters to win attractive prizes! Take a selfie with Bart and Homer in the SingTel Shop and upload it to Instagram with the hashtag, #miotvfoxsimpsons. 30 lucky winners will receive a 2015 Simpsons calendar and this contest is open to all members of the public. 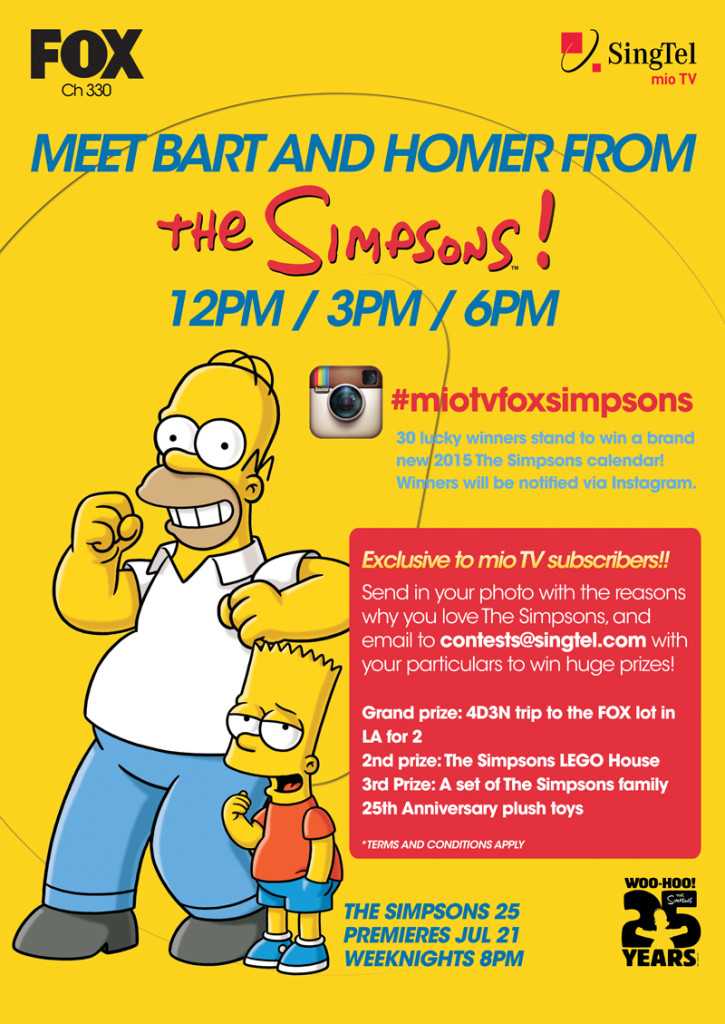 For SingTel mio TV subscribers, your selfie with Bart and Homer could help you win the top prize of a trip for two to Los Angeles and the FOX lot! Other prizes such as The Simpsons LEGO House and a set of the Simpsons family 25th Anniversary plush toys are also up for grabs. All you need to do is to email your selfie, along with a comment on why you love The Simpsons (what’s there not to love?) to contests@singtel.com.

Simpsons fans! Don’t forget to catch The Simpsons Season 25 when it premieres on FOX next Monday, 21 July, at 8pm. 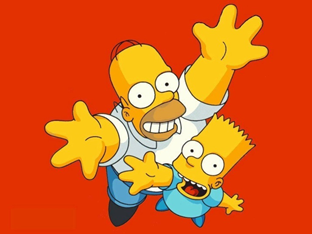