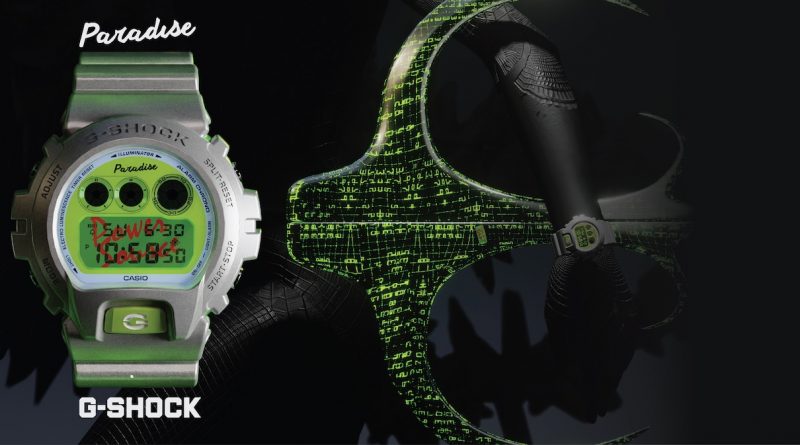 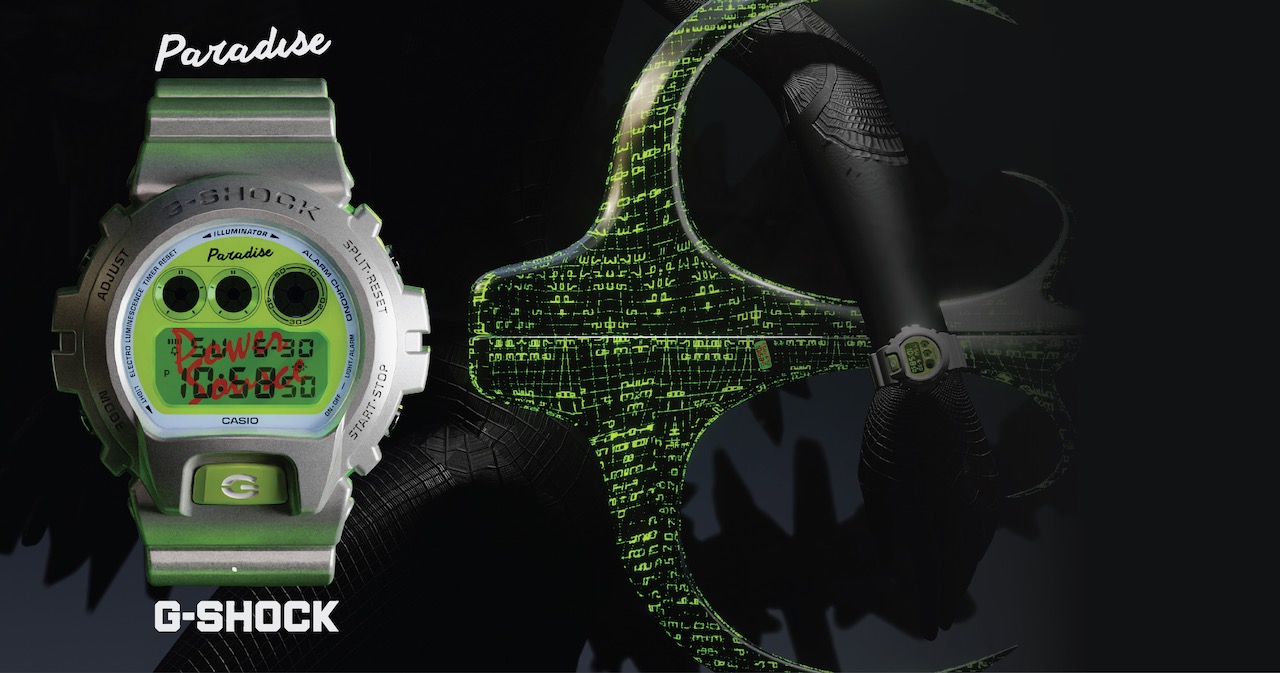 The DW-6900 was released in 1995, that was the first G-SHOCK to feature an EL backlight. The backlight’s ability to display text or a symbol became a popular feature. This series won fans as a “Triple Graph” model and has remained just as popular to this day. This watch is shock-resistant and has a 200m water resistance. 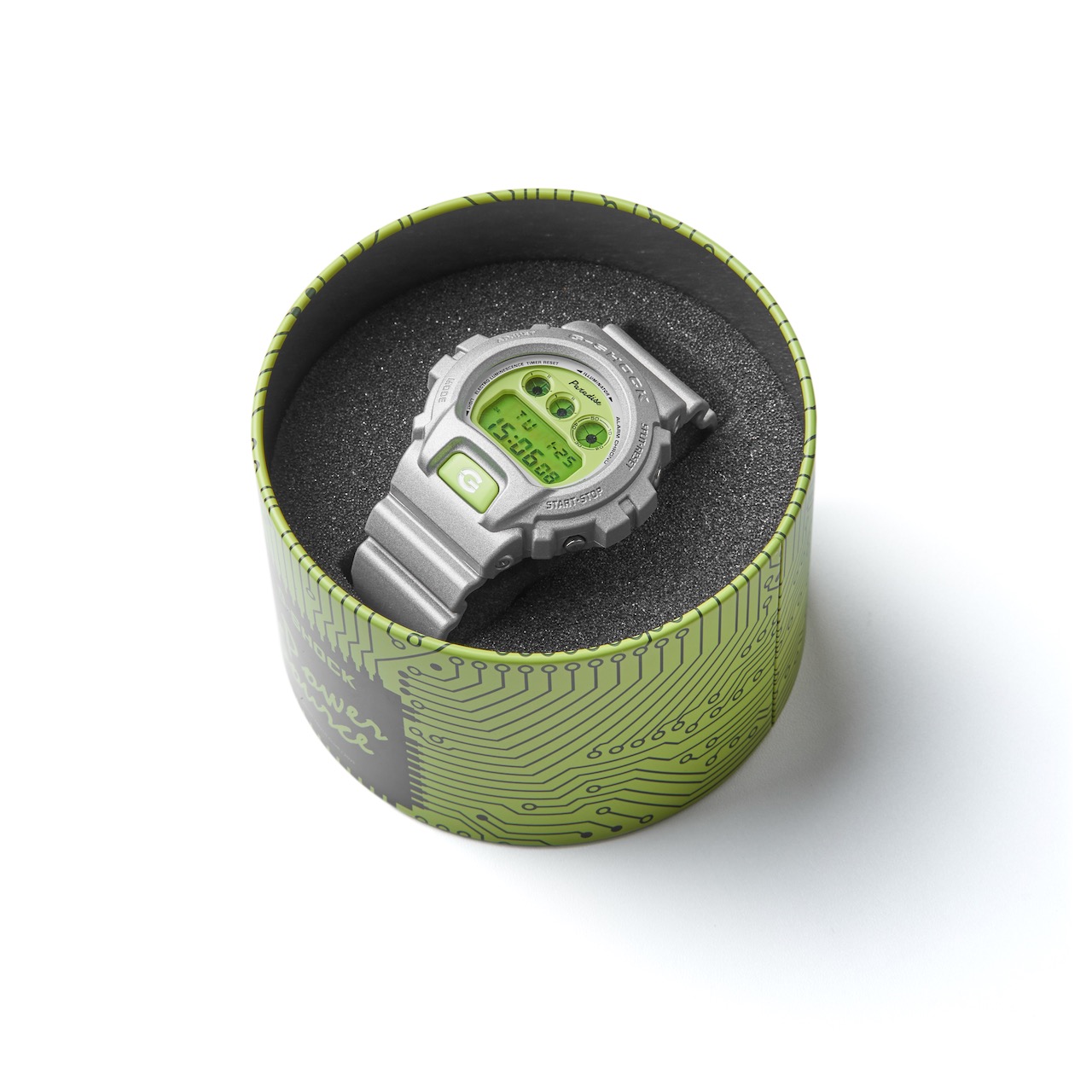 Inspired by Power Source, the recent Fall Winter Collection from Paradise Youth Club. This explores the digital network that became the main power source to people’s life since its beginning and now. In essence, we are a puppet to the so called master itself – the Internet. Therefore, the design chosen for this collaboration took a futuristic approach with its silver band. The DW-6900 was a personal touch by Paradise Youth Club founder as it brought back their first memories of G-SHOCK.

Paradise Youth Club DW-6900PYU21 is based on the DW-6900. The watch exudes futuristic elements by employing the silver-color bezel and band. The light green face and big front button become a good accent. By turning on the backlight, the word “Power Source” emerge.  On the back case, the phrase “Guide to the Paradise Highway” is engraved. 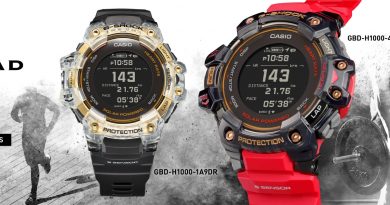