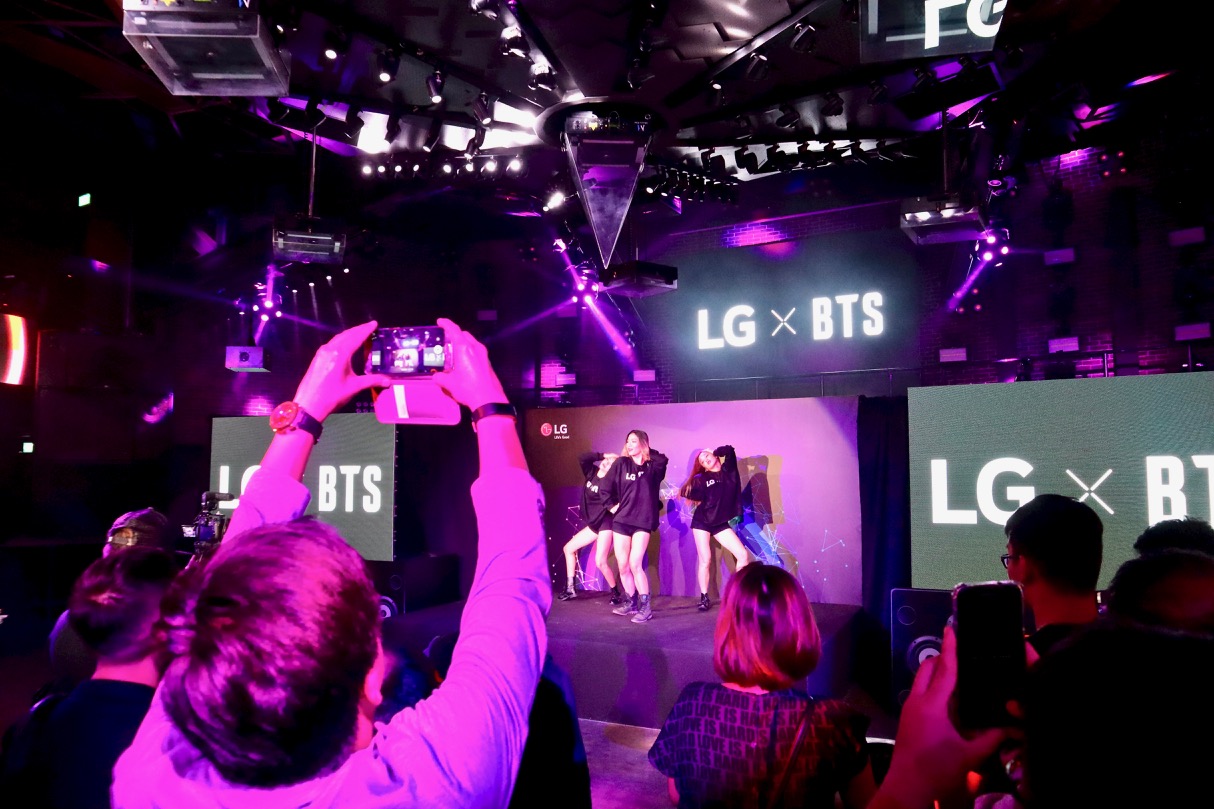 LG Electronics recently announced their latest flagship smartphone, the LG G7+ThinQ Smartphone in Singapore. At the official launch event here in Singapore, I had a short hands on experience with the latest LG G7+ ThinQ smartphone. This is a smartphone that has artificial intelligence (AI) capabilities, clear amd super bright display screen and surround sound features. 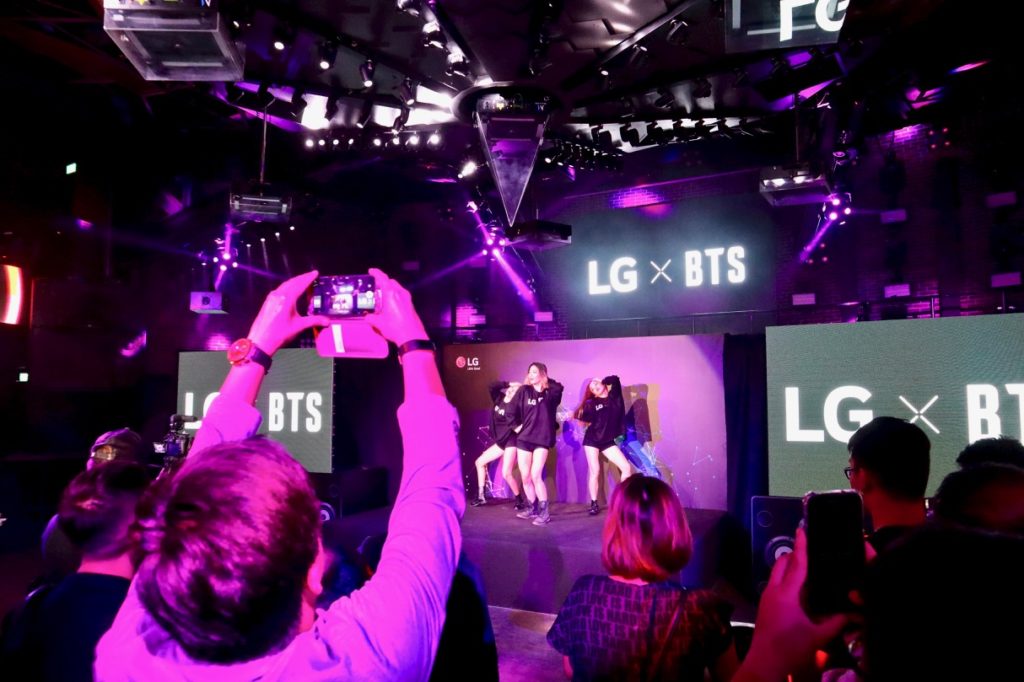 Take a look at the YouTube video below! The famous Korean pop boy band BTS is giving the LG G7+ ThinQ smartphone a lot of attention worldwide, with their television commercial and endorsements!

There were two features that caught my attention when I was trying out the LG G7+ ThinQ smartphone at the launch event, AI Camera and the audio experience. The AI Camera is pretty impressive and you can view a short video of the LG G7+ ThinQ AI Camera feature, shot in 4K video at the official launch event using the Canon EOS M50 mirrorless camera that I am reviewing recently.

Let me share some information and details of the LG G7+ ThinQ smartphone below:

The LG G7+ThinQ comes with an 8MP front camera and 16MP rear camera in both standard and Super Wide Angle configurations. The AI features of LG’s smartphone cameras have also been enhanced since they were first introduced in the LG V30S+ThinQ. The AI CAM offers 19 shooting modes, an increase from its previous 8, for even more intelligence-optimized shots. Users can improve their photos further by selecting from three other effect options for one that truly suits their tastes.

When it comes to low light photography on the LG G7+ThinQ, its new Super Bright Camera brightens images up to four times more than typical photos shot in dim light. Through the combination of pixel binning and software processing, the AI algorithm adjusts the camera settings automatically when shooting in low light.

LG has also added new features that make photography on the LG G7+ThinQ even more enjoyable than ever. Live Photo mode records one second before and after the shutter is pressed for snippets of unexpected moments or expressions that would normally be missed. Stickers uses face recognition to generate fun 2D and 3D overlays such as sunglasses and headbands that can be viewed directly on the display.

LG G7+ThinQ is one of the first devices to feature the upcoming Google Lens feature, which offers a new way to search for information using the latest in AI and computer vision. Available inside Google Assistant and Google Photos, it can deliver more information on objects such as landmarks, plants, animals, books as well as identify text. Users can also visit websites, add a business card to contacts, add events to the calendar or look up an item on a restaurant menu.

The LG G7+ThinQ features a 6.1-inch QHD+ (3120 x 1440) display with a 19.5:9 FullVision screen ratio, and a bottom bezelwhich is almost 50 percent slimmer than the LG G6. Powered by LG’s new LCD technology, Super Bright Display, the LG G7+ThinQ can be viewed easily under direct sunlight with a brightness up to an industry-leading 1,000 nit, displaying 100 percent DCI-P3 color gamut. 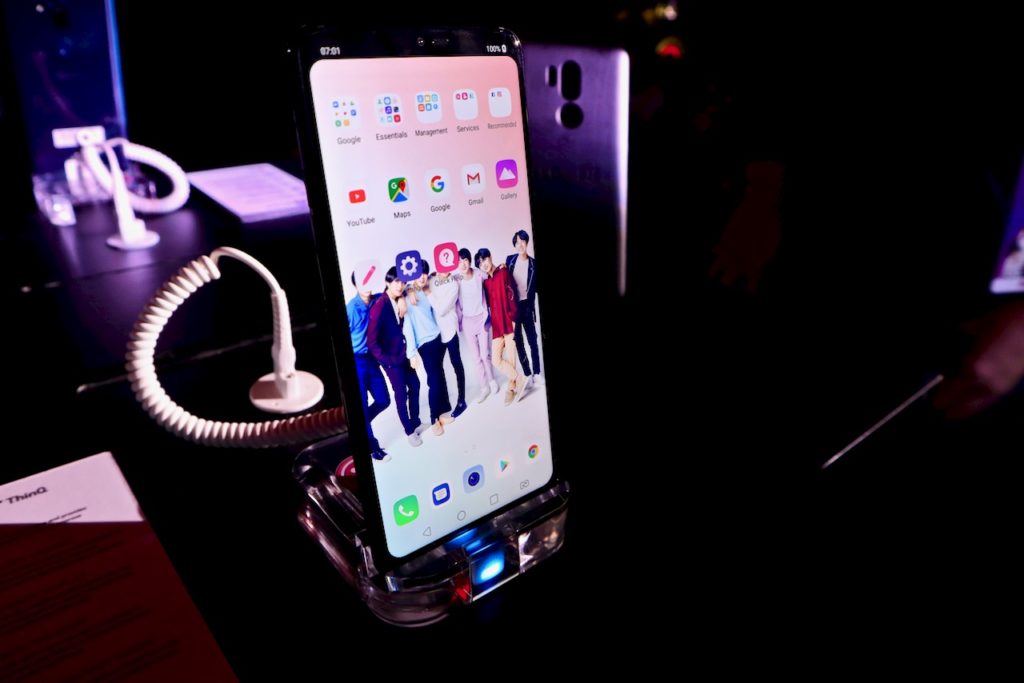 And depending on the type of content, the display can be set to six different viewing modes: Auto, Eco, Cinema, Sports, Game and Expert.For instance in Auto mode, the phone automatically analyzes the content of games or photosandoptimizes the display andpower consumption. The user can finetune the image even further by adjusting the screen temperature and RGB levels individually.

The LG G7+ThinQ’s New Second Screen gives users flexible options when it comes to setting up the display to fit their taste and style. The display can be fully expanded for a bezel-less look, or with a notification bar thatallows users to change the color for personalization.

Available for the first time in the G series, LG G7+ThinQ features Boombox Speaker that utilizes the internal space of the smartphone as a resonance chamber to deliver double the bass compared to conventional smartphones. The result is a powerful “boombox” sound without the need for external speakers. When placed on a solid surface such as a table or in a box, the smartphone utilizes its resonance chamber as a woofer to amplify the bass effect even more. 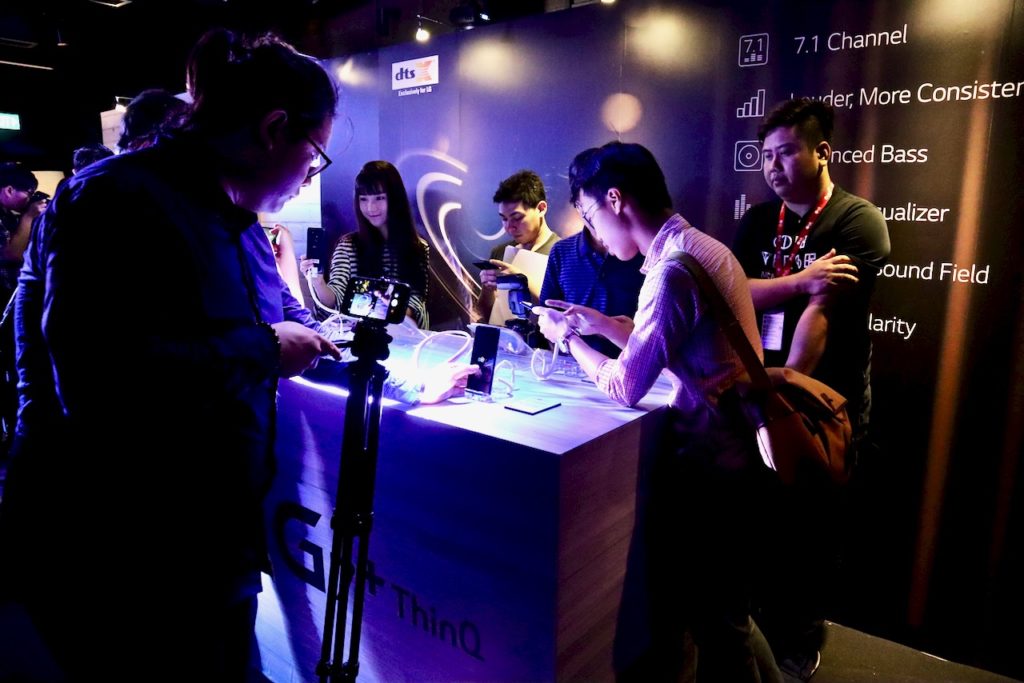 The LG G7+ThinQ is also the first smartphone to offer DTS:X, capable of delivering virtual 3D sound for all content up to 7.1 channel audio with earphones. Carrying on the heritage of LG’s focus for great smartphone sounds,the LG G7+ThinQretains the popular Hi-Fi Quad DAC feature for an incredibly rich audio experience, especially when paired with high-impedance earphones.

Available at M1, Singtel, StarHub and other LG Authorised retailers.

What do you want to be when reach old age ? 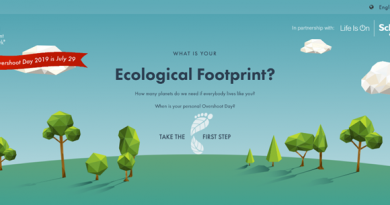