The journey to 5G by Singtel continues, it’s shaping up nicely and progressing towards reaching the 5G standards. Singtel recently announced that they would be deploying massive MIMO technology at special events in Singapore, starting with National Day Parade 2017, taking place very soon on 9th August 2017!

For those who regularly visited National Day Parades over the years, whether at the parade ground itself or in the nearby vicinity, we would encountered and experienced no mobile network coverage due to the huge number of people in the area. With the deployment of the massive MIMO technology, that would relieve the issues that mobile users faced previously. I am looking forward to Singapore reaching the 5G technology standards, it would be very helpful and useful for businesses and consumers.

Let me share with you more information on Singtel to deploy massive MIMO technology at special events from the press release information:

Singtel announced plans to deploy Massive MIMO (Multiple-Input Multiple-Output) technology commercially on its LTE-Advanced mobile network, to enhance mobile data speed experience by up to 200% at special events for its customers. A precursor to 5G technology, Massive MIMO is an advanced solution used to boost network capacity in highly dense environments.

Singtel will team up with Ericsson, Huawei and ZTE to deploy Massive MIMO technology at the Marina Bay area. For a start, Singtel will roll out the network boost at the upcoming National Day celebrations, with other deployments planned for the Singapore F1 Night Race and the New Year countdown event.

Over 150,000 people are expected at the Marina Bay area to celebrate National Day. Singtel mobile customers gathered there will be able to enjoy a better data experience as they share their photos and videos of the exciting performances and fireworks on social media.

Mr Mark Chong, Group Chief Technology Officer, Singtel, said: “On the joyous occasion of our National Day celebrations, Singtel is pleased to be pairing our newly-acquired 2.5GHz spectrum with Massive MIMO technology to expand our network capacity and offer our customers an enhanced mobile experience at this and other special events. We look forward to rolling out new technologies and innovative solutions to support the anticipated growth in mobile data.”

Globally, large crowds gathered at events, such as concerts and festivals, use high volumes of data to share their experiences via real-time videos on social media. This extraordinary behaviour generates a dramatic spike in network traffic, presenting a challenge for operators to provide fast and consistent data speeds.

Singtel has identified Massive MIMO as one of the solutions to the problem. Singtel will use Massive MIMO base stations featuring a large array of 64 antennas that improve spectral efficiency and cell capacity using innovations in radio technologies. The innovative antenna system channels signals to users’ specific locations instead of broadcasting across a geographical area. This multiplies the number of data paths from the cellular base stations, thus increasing network capacity and improving user experience. 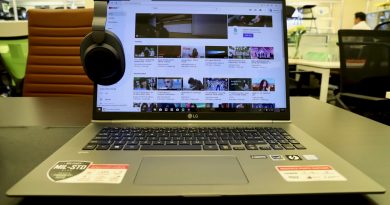 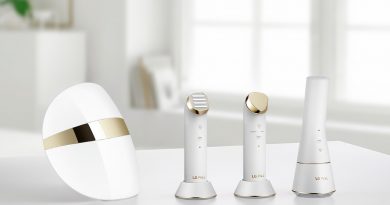