It was an emotional and very heart warming night, when The Kop was at our National Stadium, the East Stand transformed into The Kop and we, the Singapore Red Fans of Liverpool FC did not disappoint and in a sea of Red with the scarfs holding up high, singing “You’ll Never Walk Alone”, Singapore National Stadium East Stand became Anfield’s Kop End. 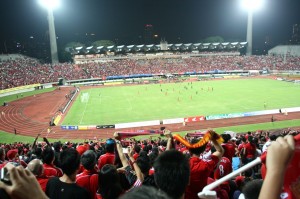 View from The Kop at National Stadium

The game was great, although our home country was beaten 5-0 (we still support our Singapore Lions !!), we loved the match, our heroes especially Torres, Xabi, Carragher and the rest of the Liverpool players. Looking back at my crazy chasing Liverpool FC schedule and sharing with fellow Reds supporters on beautiful memories

Was it worth it ? YES !! Absolutely !! No simple words could describe it, since I started following Liverpool FC around 1988/1989. 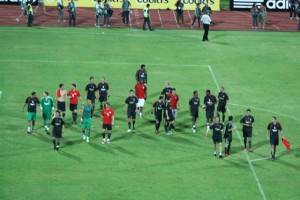 The beautiful memories of Liverpool FC tour of Singapore, captured and stored in our hearts, minds and souls (in my Flickr too !! ). 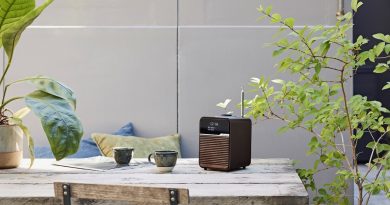 2 thoughts on “Thank You Liverpool FC for Bringing The Kop to Asia !”