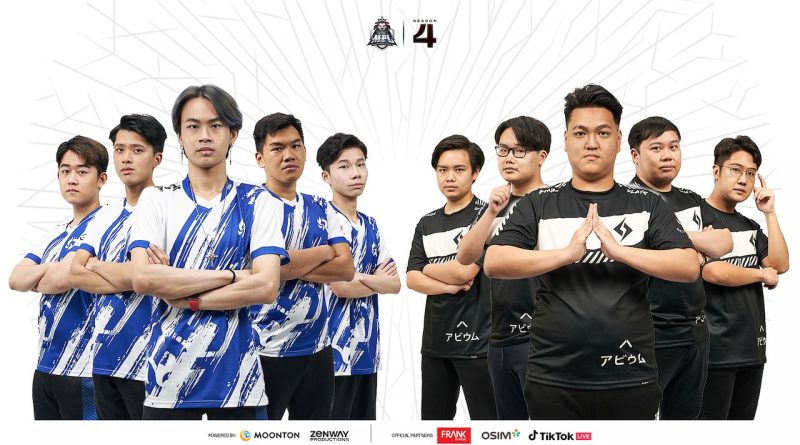 The Regular Season of Mobile Legends: Bang Bang Professional League Singapore Season 4 (MPL SG S4) has ended recently, with RSG SG making a stunning clean sweep. The Season 3 Champions proved their mettle once again by besting all of the other teams, winning 2-0 in each best-of-three match and they only drop a single game in its match against Stellark. Now MPL SG Season 4 goes into the next phase, it is now Playoffs time, taking place from 7th to 9th October 2022 at Tampunes Hub. The MPL SG S4 Playoffs will be open to the public. Eight of the best teams in Singapore will fight it out for the coveted title of MPL SG S4 Champion and a spot at the M4 World Championships taking place in Jakarta from 1st to 15th January 2023. 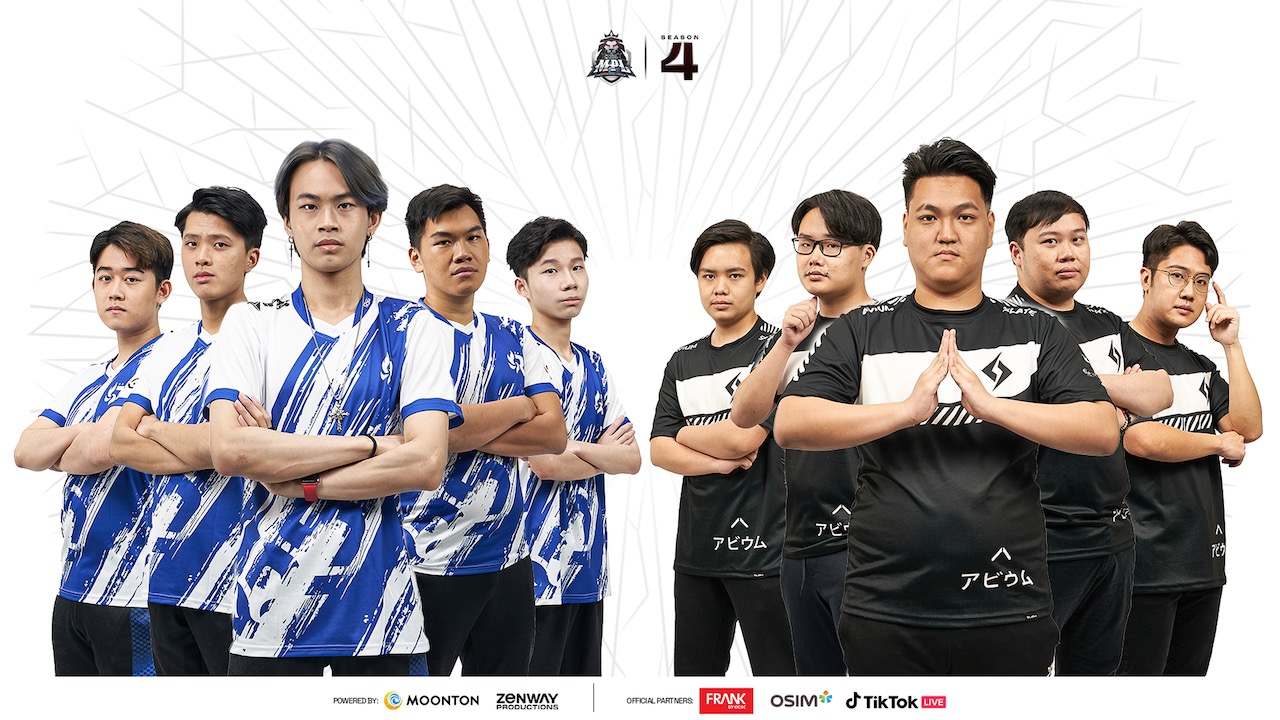 In a repeat of last season’s standings, the champions reigned at the top, followed by fierce rivals Slate in 2nd place. Slate is the successor to perennial favourites EVOS SG, as it features the manager, the captain, and the majority of players from the now-defunct team. RSG SG won 2-0 and went on to beat Stellark SG (formerly Team Oldman) 2-1 in their final match.

As for the 3rd and 4th places, they are Revival (formerly ALMGHTY) and Team SMG, known as singer JJ Lin’s team. Both teams have improved significantly from their bottom 3 finishes last season, they will be joining RSG SG and Slate as the seeded teams in the Upper Bracket of the Playoffs.

Stellark SG is the sole new team for this season with an older-than-average squad, they showed that veterans were still highly competitive, finishing a respectable fifth in the table.

Jaime Cruz, Esports Lead at MOONTON Games said: “Season 4 has given us its fair share of memorable highlights: RSG SG and Slate Esports’ intense rivalry and outstanding run culminating in a table-deciding showdown on the last week of the Regular Season; and Team SMG and Revival’s drastic improvement to finish in the top half of the table. The hard work and efforts of the players have showcased the competitive spirit of MPL SG, and I’m excited for fans to witness even more thrilling matches in the Playoffs.”

Lee Jian Ming, Founder and Managing Director, Zenway Productions, said, “MLBB is the biggest game in Singapore’s esports scene and MPL SG S4 demonstrates just why with its irresistible blend of action and drama. Zenway Productions is proud to be able to bring all of these moments to fans around the world. The hybrid model where fans can watch the games in person or online is perfect for esports and we’re excited to bring this to the fans to enjoy.”

The eight teams now enter the double-elimination playoffs to compete for the title and the coveted lion’s share of the SGD 100,000 prize pool. The winner will also represent Singapore at the Mobile Legends: Bang Bang World Championship (M4), which will be held in Jakarta, Indonesia, from 1-15 January 2023. The M4 is the most prestigious title on the MPL calendar, where 16 of the world’s best MLBB teams will be competing for the title of World Champion, and the lion’s share of the USD 800,000 prize money. 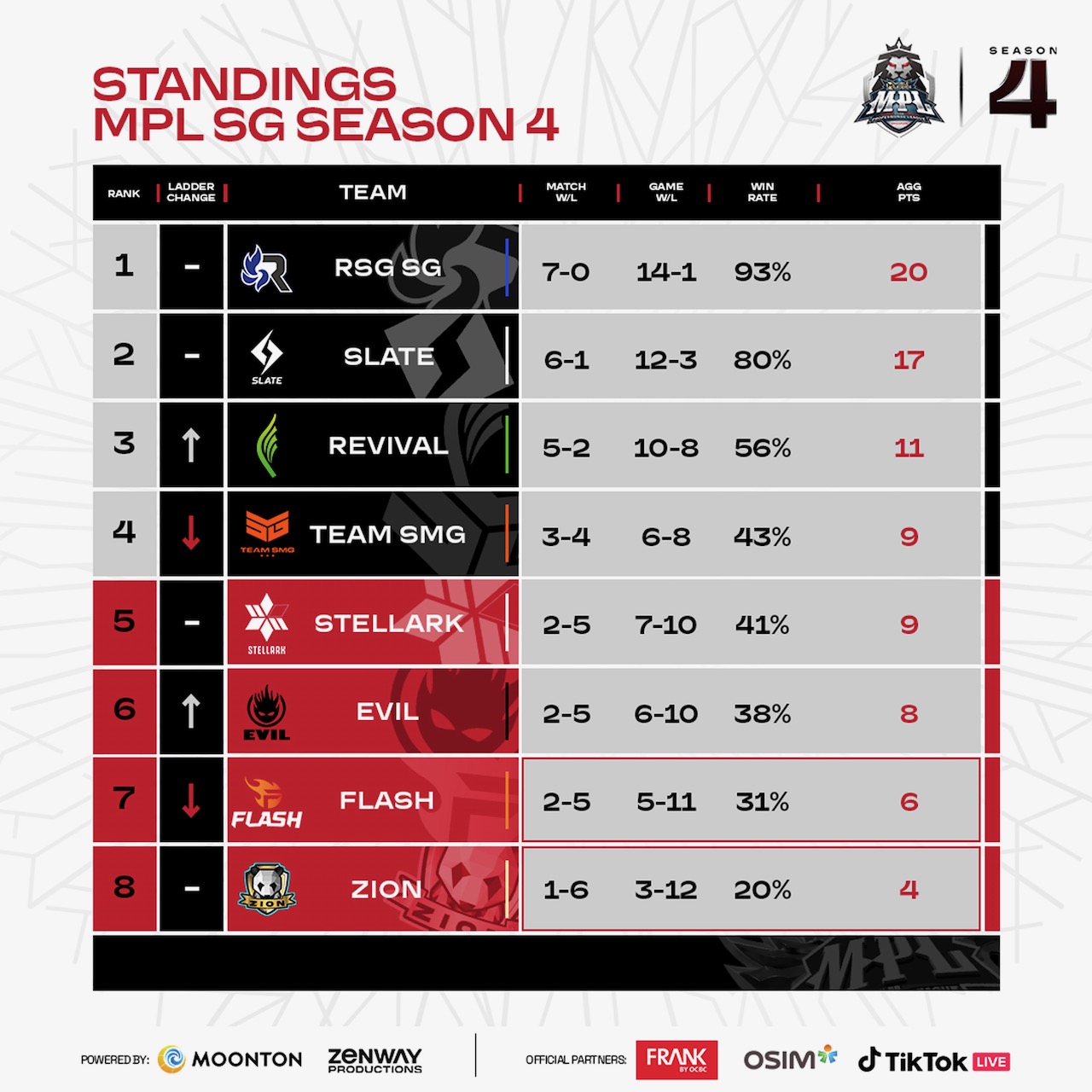 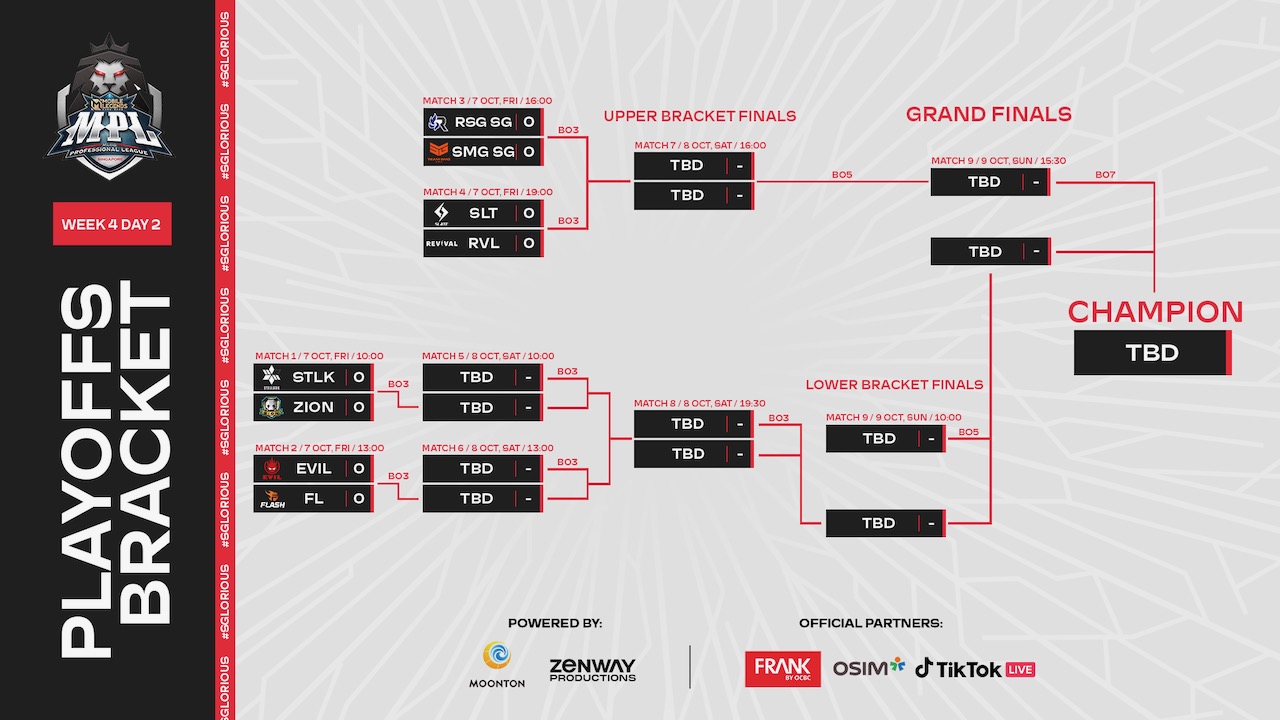 For more information about MPLSG

For more information on MPL Singapore and Zenway Productions, visit the site here.

For partnership opportunities, please reach out to esports_partnerships@moonton.com.

* Information and pictures courtesy of Moonton Games and Gloo *