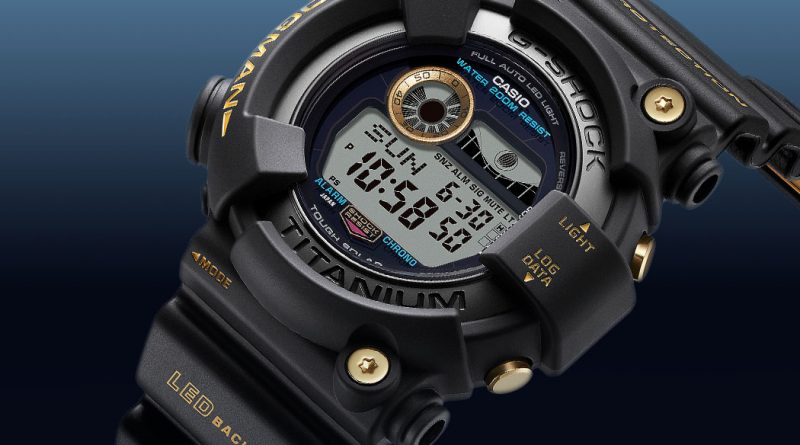 The G-SHOCK Master of G FROGMAN watch was first released in 1993, making waves for its capability withstanding the ISO standard of 200m to effectively certified as a dive watch. This year, they are celebrating a 30 years milestone, G-SHOCK is proud to release a new G-SHOCK FROGMAN 30th Anniversary Limited Edition timepiece that commemorates the milestone by recreating the look of the 2nd generation FROGMAN DW-8200. The DW-8200 became an instant hit when it was first released, thanks to its iconic asymmetrical FROGMAN form and impactful design created by the resin bezel and titanium case. 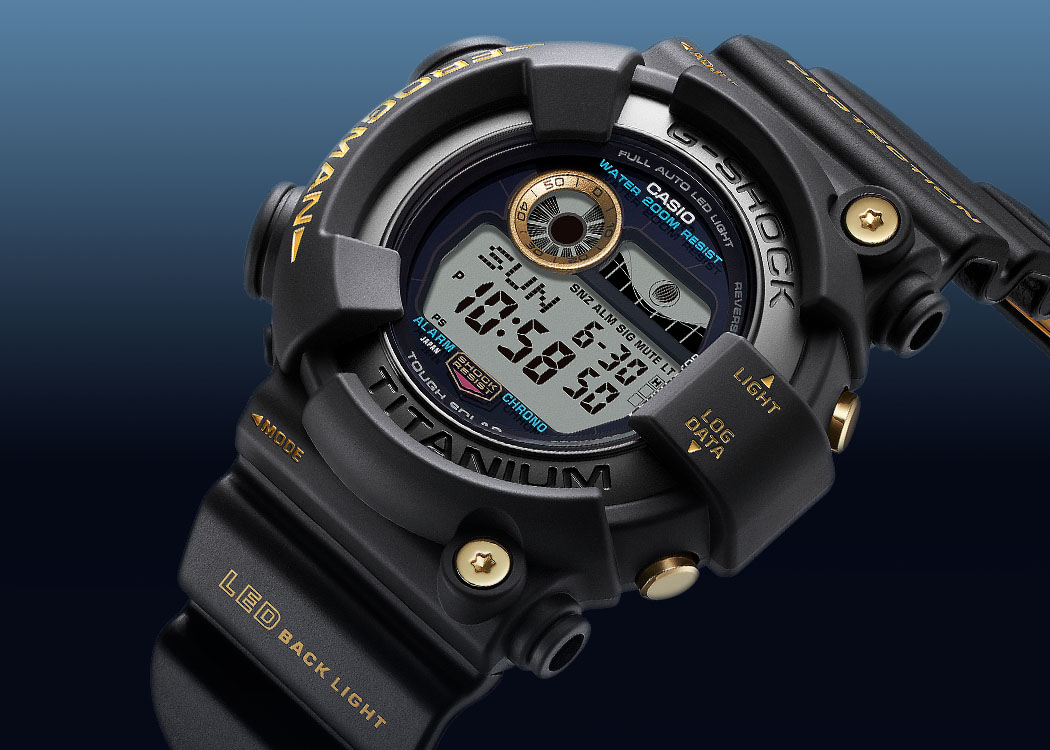 This new revival model deviates slightly from the original with a bezel and band made of biomass plastic, a first for the FROGMAN series. It also features a new solar panel that more faithfully reproduces the shape of the dial of the DW-8200 and supports the watch’s Tough Solar power system.

The colouring of the new model, matte black with pale gold, also recreates the look of the popular DW-8200B-9A. Turn the watch over and you’ll find a special FROGMAN 30th anniversary “Shock Resist” logo engraved on the back cover of the titanium case. The logo also appears on the display when the illumination is turned on.

CASIO ID members will be able to get their hands on the limited-edition FROGMAN watch from as early as 11th November 2022. Only a limited number of units will be made available between 11th to 13th November 2022 specially for members.