GlobalWebIndex (GWI), a market research company specialising in online consumer behaviour, was in Singapore, in November 2014 to give a presentation on mobile networking trends and the boom with the younger generation. I was there during their lunch presentation and went away with interesting insights and information on the mobile networking trends.

“Mobile networking is booming – 40% of global internet users are now doing this, rising to 46% in APAC. Worldwide, the size of the messaging audience has grown by 40% in the last two years” – GlobalWebIndex

Mobile messaging is rising and expanding very quickly, it’s free, easy to use and connect with people in your country and worldwide. One of the mobile messaging apps that had witnessed a remarkable growth is WeChat. They experienced significant growth with an active user base increase of 156% globally, and a staggering 499% in Singapore between Q1 2014 to Q3 to 2014. WeChat’s dominant position in the mobile messaging arena is a strong presence of 23% of the world’s internet users and 39% within the APAC region, actively using the WeChat app. 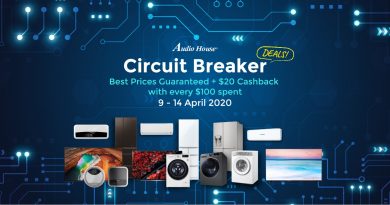