This was a marathon that I was really looking forward to, my number 6th Full Marathon participation and with New Balance taking over the Singapore Marathon, I was looking forward to their organisation and management of such a massive and popular community and competitive running carnival/event.

Taking the shuttle service early in the morning at 0400 hrs from Clementi Stadium along with Brian, we reached there pretty early around 0430 hrs. I started unpacking and preparing for the run to start and there was about 15,000 to 17,000 runners in the 42.195km category and it was a massive group consisting of competitive, regular, fun and 1st timers. The crowd builds up and at 0530 hrs, we were flagged off for the full marathon !

Even though the crowds were pretty big, the route and roads were able to hold the massive marathon numbers. The supporters along the way were awesome and I would like to say

There was a carnival at East Coast Park, with music and arts performance display, a live band performance by Jack & Rai too ! This really gives us something to distract ourselves from the running ! The supporters at the drinks stations were great and fun, making the efforts to motivate and cheer the runners ! However, I felt there should be more drinks stations to allow us runners to hydrate more especially along the East Coast Park Service Road from the Fort Road side.

My misadventure started around the 15km mark, my abdominal started to feel painful and it just built up over the distances, thought it was gastric and attempts to eat power gel at 21km mark and bananas at 31.5km mark was to no impact/effect on my stomach. Close to the 34km mark, the pain was bad enough for me to seek medical attention and see what could be done. The 3 nice first aiders near the Kallang Riverside Park drinks station were very helpful and friendly while they attended to me before I was given a lift back to National Stadium First Aid Post and checked upon.

The medical staff were very friendly and nice, after checking my pressure and heart rate, all was ok and it was diagnosed to be abdominal cramps instead of gastric pain. After resting, I thought of continuing, however, I was advised by the medical staff not to exert any further with my running. I can’t hide my disappointment because I wasn’t able to finish my 6th Full Marathon, yet I made a decision to seek treatment if necessary and live to “fight another day” a.k.a there’s always full marathons in Singapore or around the region that I can embark on.

There were a group of runners there who also had to seek treatment due to various injuries or aliments, took the bus from the Kallang Stadium to F1 Pit Stop Building, allowing us to complete the final 3km to finishing point. Therefore, I only completed 37km out of 42km. Reaching the finishing point with a cramped up abdominal is not fun and running with with abdominal cramps can hurt and hinder your running.

I would be doing an analysis of my running, routine and food intake to draw out possible causes of abdominal cramps, with the power of google, I found some interesting and informative posts that I was able to relate with regards to my misadventure in Singapore Marathon 2009. Stayed tuned for the post.

Crossing the finishing line, it was a subdued feeling, only 37km out of 42km, my 6th full marathon was a very big disappointment for me. I will let the disappointment not to get into me, learn from my mistakes or running routine, flow that could cause this situation to arise. Running a marathon, like in your life, sometimes things happens for a reason and we must learn to grow, develop and improve further.

I would like to take this opportunity to say a Big Thank You to New Balance for giving us a chance to run (walk) back to finishing line thus allowing to collect our finisher tee and medal.

Since I didn’t finish the race, I don’t deserve to get the medal and finisher tee. However, I am really very grateful that they still allow us to collect the finisher tee and medal as a gift 🙂 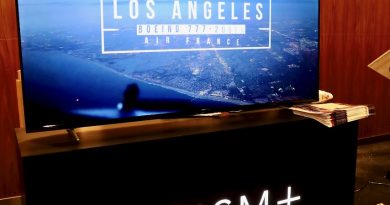 4 thoughts on “My Running (mis)adventure of Singapore Marathon 2009”