In the year 2009, for both my personal and photoblog, there had been quite a good improvement and growth in my 2 blogs, especially in my photoblog. Reflecting back in 2009, there would be quite a lot to write about and hopefully, I don’t miss anything out.

Starting my blog from a passion and interest, the growth of my blogs were based on SEO 2.0 and internet marketing guided by my friend Jack Lan. However, due to the nature and features of my photoblog, I embraced and expanded the usage of social media networks such as

As time goes by, when I was approached to take up my 1st blogger project in the LG Viewty Smart camera phone, it was the start of many more things and stuff that I never thought would be possible that social media networking can bring to me and my blogs.

After that, it was followed by the reviews of the electronic gadgets SONY VIAO W and Nokia N97, invitation to Microsoft Windows 7 events as media and a very memorable experience was the official Windows 7 launch for media and partners and I had a great time there.

At that point in time, 4 different PR agencies in the year 2009 and everything was going great for me ! Something that I didn’t thought or ever dream of being possible ! The milestone for me was a joint event co-organised with 24seven, to lead a photography walkabout known as Snap Snap November Outing and it was great to know more bloggers especially those who love photography.

With the Hat-py Party in December 2009 and the recent BBQ party by 24seven, I am slowly getting to know more bloggers from different interests and backgrounds. Great to know more friends too !

For 2010, I am looking forward to grow my blogs further and hopefully able to

Looking forward to an explosive 2010 growth in my blogging, social media networking and photojournalism ! Let’s grow, expand and social network together !

Thank U to all my friends in blogging, social media networking, tweeting, flickr, facebook & many many more social networks ! 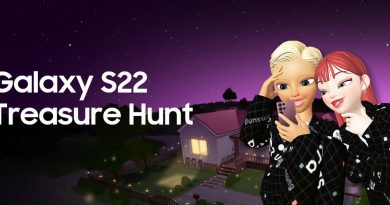